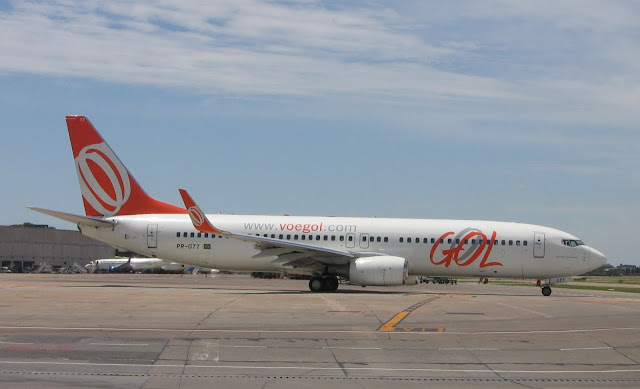 GOL 737-800's are expected to bring many welcome Brazilian tourists to Bariloche for some skiing this winter. Pictured is PR-GTT at Buenos Aires Aeroparque (AEP) on 16Jan11.  (Phil Perry photo)

With the start of the winter ski season, flights are on the increase to Bariloche (BRC), mainly for skiing at the nearby Cerro Catedral mountain.

Aerolineas Argentinas will fly to Bariloche (BRC) from:

LAN Argentina will fly there from:

GOL & TAM are expected to fly 120 charters to Bariloche (BRC) from various Brazilian cities between July and September carrying some 20,000 Brazilian tourists, presumably with a mix of 737-700's, 800's and A319/320/321's respectively but TAM might bring in widebodies too.