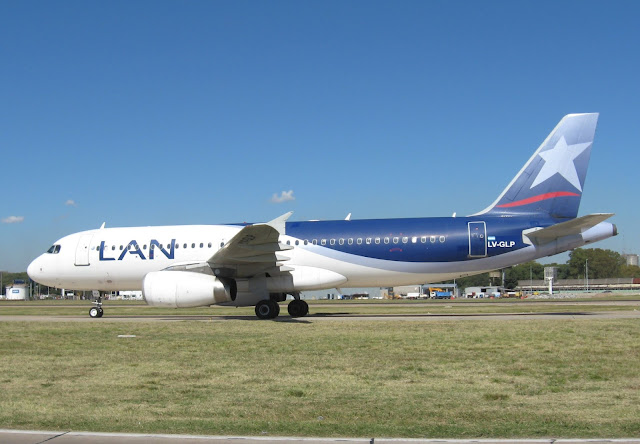 LATAM Argentina will transfer two A320's to LATAM Chile at the end of May, reportedly to help make up for a capacity shortfall resulting from many of the parent carrier's 787-8's and 787-9's being grounded to undergo work on their Rolls-Royce engines.

Some sources have claimed that the A320's will directly replace some of the 787's on shorter routes while one Argentine aviation blog has suggested that the replacement is part of a reshuffling of aircraft within the LATAM Chile fleet with some aircraft replacing other similar types, such as 787-8's and 787-9's being replaced with 767-300's, which in turn are being replaced by A321's, which are seeing A320's take their place.

LATAM Chile is making up for most of the capacity shortfall by wet-leasing four A330-200's and one 747-400 from Spanish charter operator Wamos Air.  There are also rumors that the carrier is leasing in two ex-Singapore 777-200's.

LATAM Argentina will be closing two of its Argentine stations, Bahia Blanca (BHI) and San Juan (UAQ), on 01Jun18, thereby eliminating all flights to these two points and reducing the need for aircraft.  The airline said in a press release that the A320 transfer will not result in layoffs (redundancy) of personnel due to an intensified use of the remaining fleet to make up for the departure of the two aircraft.