The original order for 20 airframes was delivered in the year between September 2010 and 2011 with a follow-up order of two more examples being delivered in September and October 2013.

All of the airline's Embraer 190's are equipped with 8 first-class and 88 economy-class seats and are powered by two GE CF34-10E6 engines.

The first commercial service operated by an Austral Embraer 190 was flight AR2652 from Buenos Aires Aeroparque (AEP) to Neuquen (NQN) on 25Sep10. 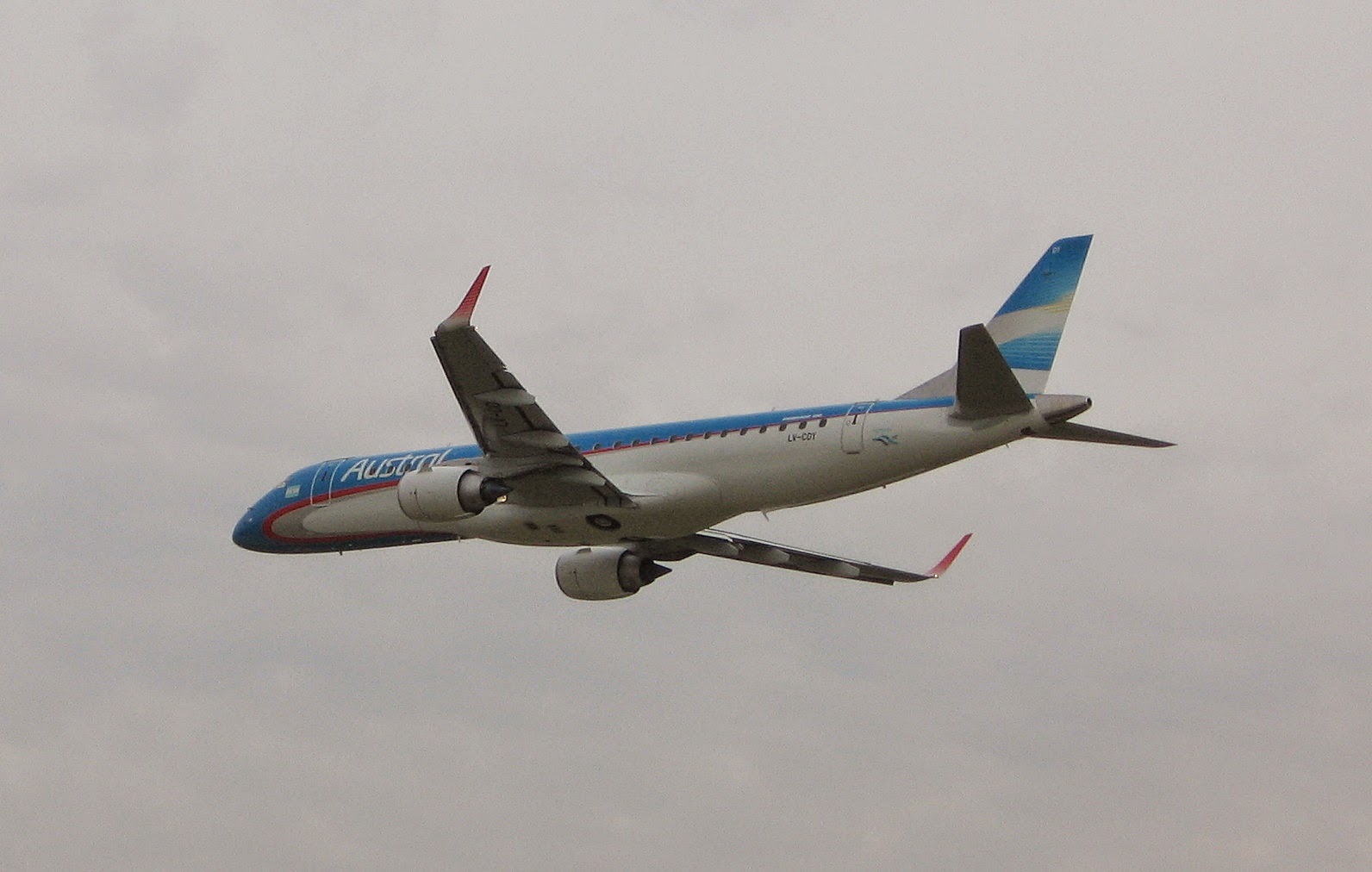 LV-CDY during a low flypast over Buenos Aires Aeroparque (AEP) on its delivery flight from the Embraer factory in Sao Jose dos Campos, Sao Paulo, Brazil in the late afternoon of 20Sep10.  (Phil Perry Photo) 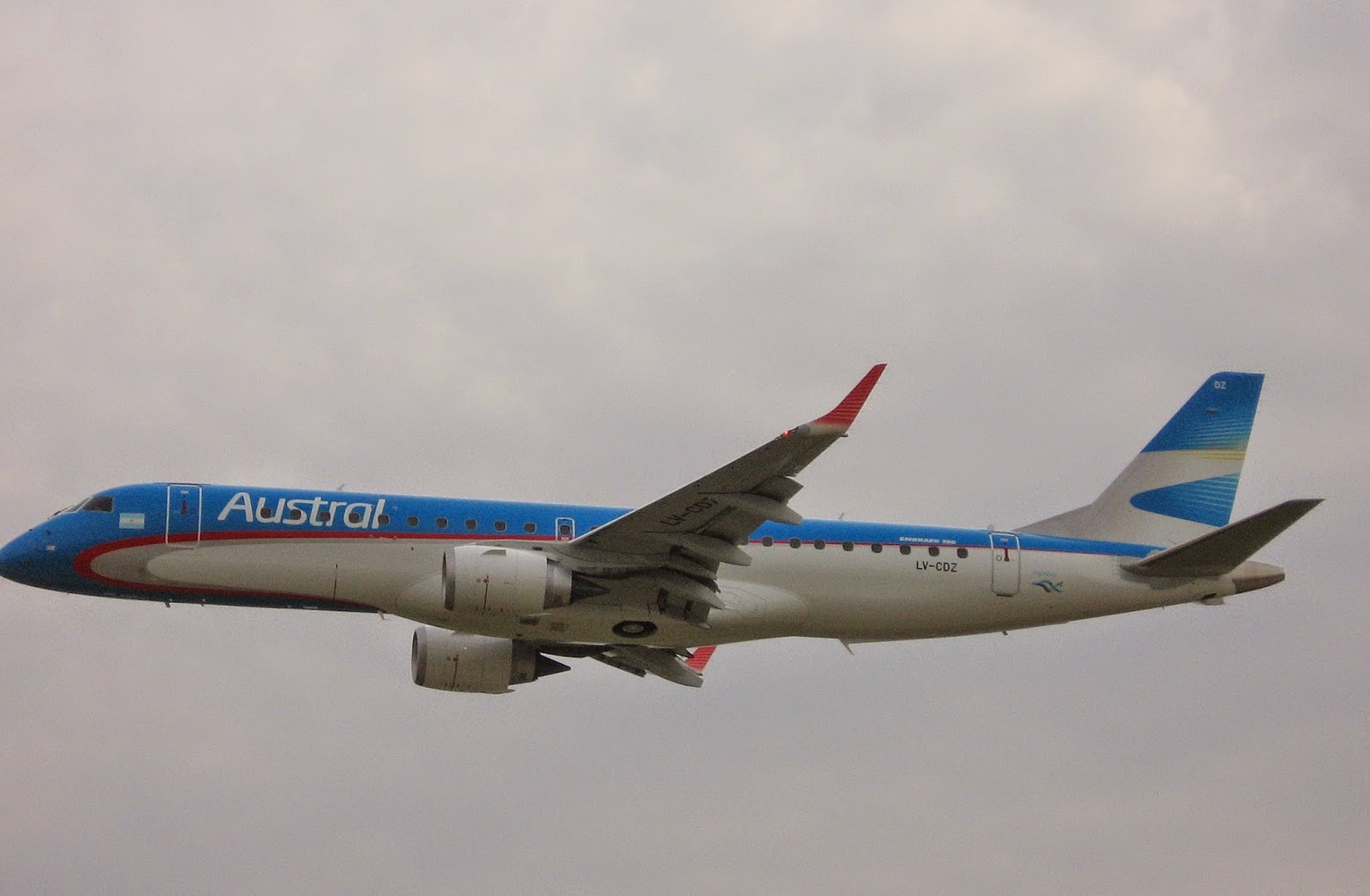 After its flypast, LV-CDY lands on Buenos Aires Aeroparque (AEP) runway 13 for the first-ever touchdown of an Austral Embraer 190 on Argentine soil.  (Phil Perry Photo) 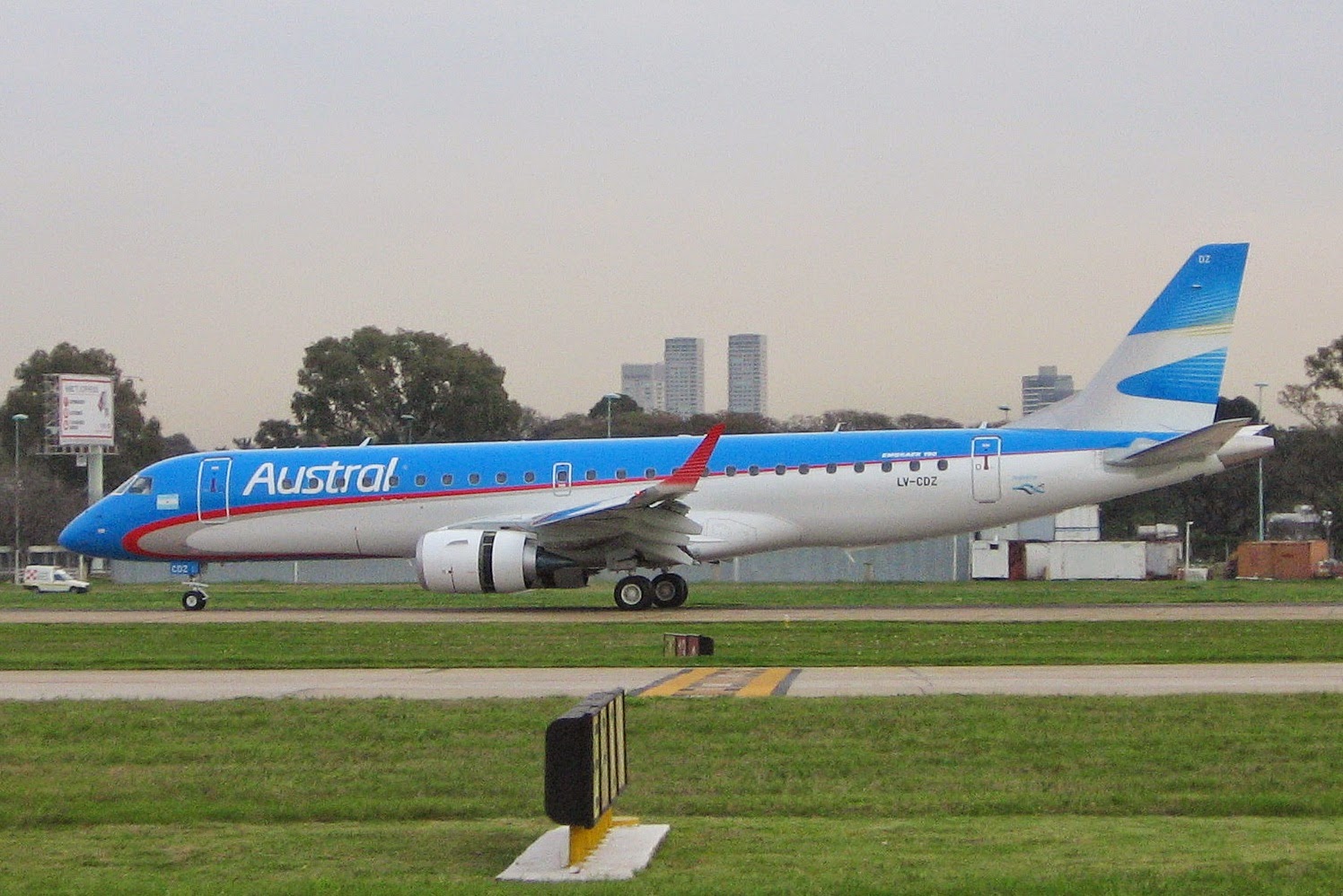