SOL Lineas Aereas Cuts Back Service & Disposes of One Saab 340A 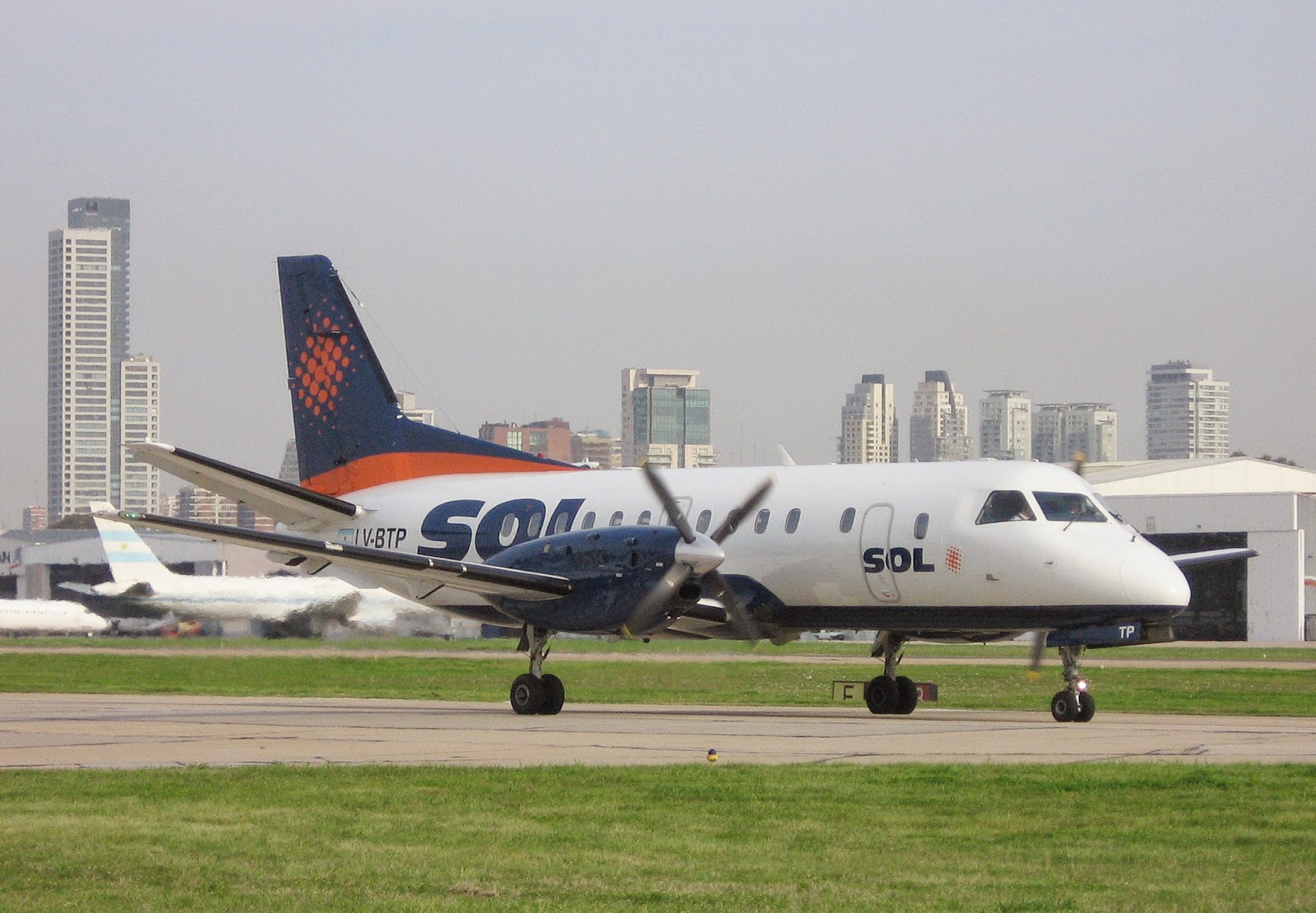 SOL Lineas Aereas has cut back service significantly in 2014, including the elimination of flights to cities in the Patagonia region of southern Argentina, such as Bariloche (BRC), Esquel (EQS), and Ushuaia (USH) in May and the "Corredor Petrolero" (Oil Route) linking Cordoba (COR), Mendoza (MDZ) and Neuquen (NQN) in July.  Some of these airports had been served by SOL since 2010 but increased competition from Aerolineas Argentinas and sister carrier Austral that have introduced their own "circle" routes connecting "interior" points of Argentina using the Embraer 190 have had their impact on SOL.

On May 15, the airline cut the last two points of its "Atlantic Coast" route extending from Buenos Aires Aeroparque (AEP) to Mar del Plata (MDQ), Bahia Blanca (BHI), Trelew (REL), Comodoro Rivadavia (CRD), Rio Gallegos (RGL) and Rio Grande (RGA), the latter point located in the southernmost region of Argentina, Tierra del Fuego.  Trelew and Comodoro Rivadavia, both located in the province of Chubut, were set to be cut on November 1 too, but the governor of Chubut agreed to extend the fuel subsidy to SOL that was set to expire on that date.

Contrary to the service reductions, SOL reintroduced service to San Luis (LUQ) on November 1, 6x/weekly with flights to Villa Mercedes (VME) and Villa de Merlo also likely. All three airports are in the province of San Luis in central Argentina.

The service cutbacks have led to the layoffs of 19 pilots and the disposal of one of its Saab 340A's, LV-BTP (c/n 131), which left the fleet to Sky Bahamas in August 2014.  SOL currently has the following Saab 340's in its fleet: