Traveling until December 8, Next Post will be approx. December 12-15

The editor of this blog is currently traveling overseas until December 8 and will publish the next post on approx. December 12-15.  In the meantime, please check my previous posts for interesting information on Argentine and Uruguayan commercial aviation since the end of 2011 plus historical data too. 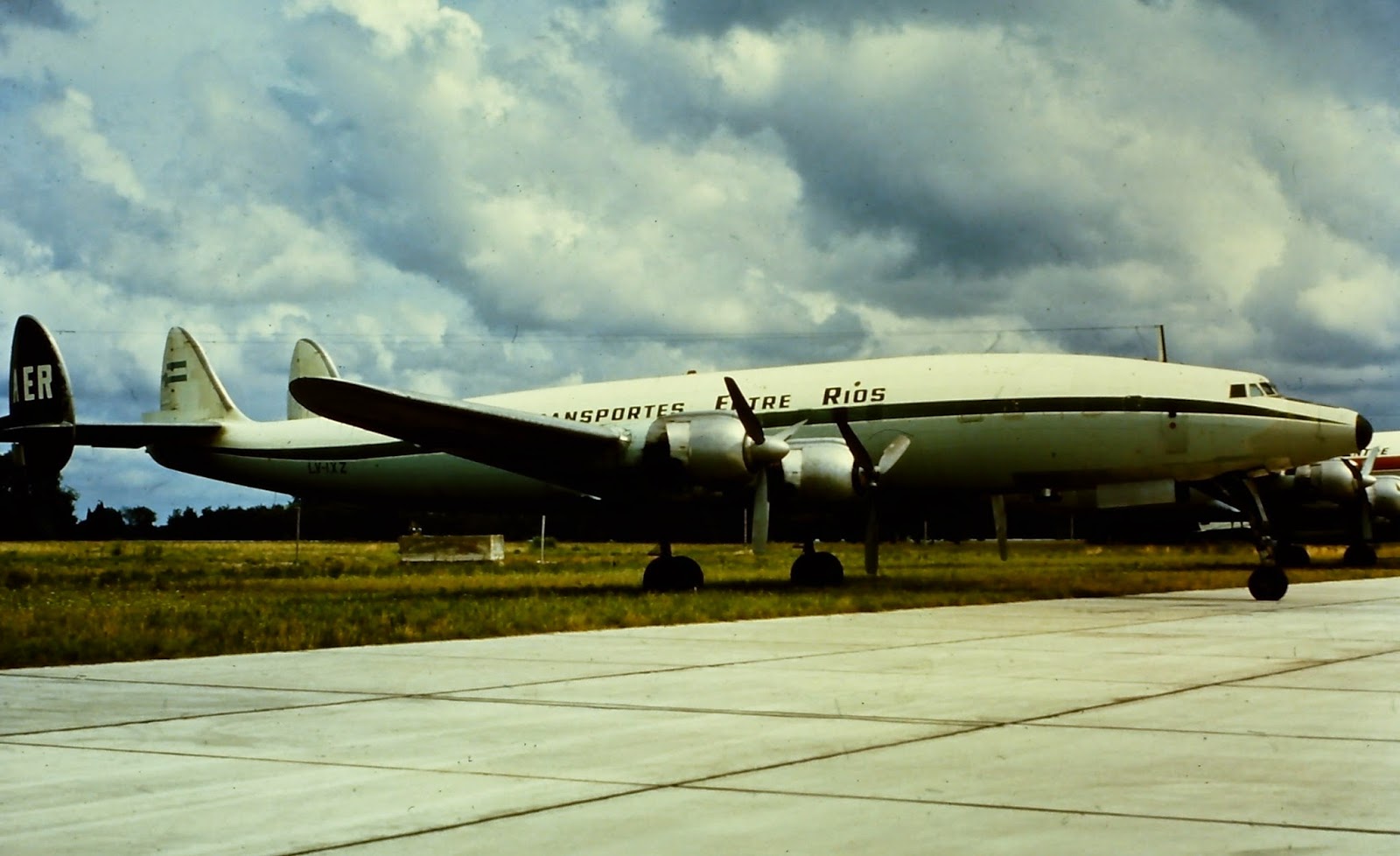 This aircraft was delivered to QANTAS registered as VH-EAA on 28Feb55 flying for the Australian carrier until 1963.  It went on to fly for World Wide Airways of Canada and International Aerodyne before joining the AER fleet in 1967 until it was withdrawn from use at EZE in 1971 and scrapped.

Rumors persist that JetBlue continues to consider adding a long-range aircraft type to its fleet to add more international service, especially in South America where the low-cost carrier would add to its present flights to Colombia and new Ft. Lauderdale (FLL) - Lima (LIM) service that starts on November 13.

An inside source at the airline has indicated that the most likely type of aircraft would be the A350 starting in 2016 to South America.  Initial service would presumably be from New York City (JFK) and/or Ft. Lauderdale (FLL) to points beyond the range of JetBlue's present A320 fleet, such as Buenos Aires Ezeiza (EZE), Santiago de Chile (SCL), Rio de Janeiro Galeao (GIG) and Sao Paulo Guarulhos (GRU).
Posted by Phil BOS E-Mail: psp757@hotmail.com at 10:48 PM 1 comment: