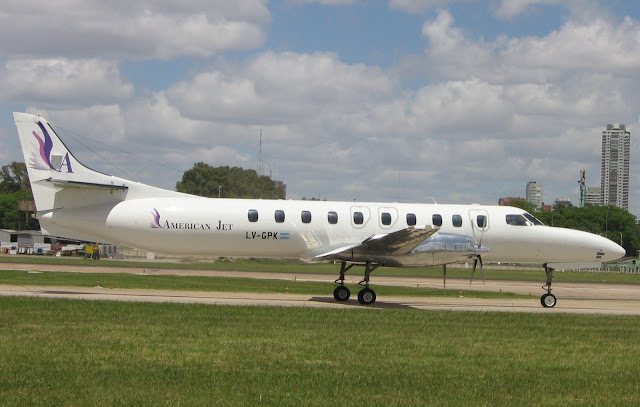 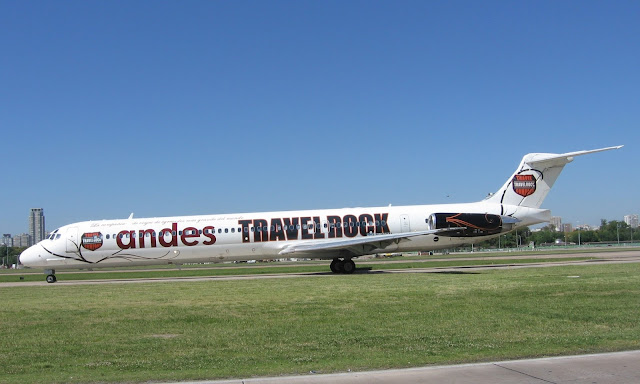 The formation of Avianca Argentina was announced in early 2016 with plans to start service in 2017 using six ATR-72-600's focusing on hubs in Buenos Aires Aeroparque (AEP) and Cordoba (COR) on the basis of a US$ 320 million investment.

The Tucuman (TUC) hub would start in July 2017 after a 90-day period during which the airport would be closed while it underwent a major maintenance and upgrade project.

Establishing the hub would entail a US$ 80 million investment and create 250 jobs with the province of Tucuman providing US$ 5-15 million in guarantees for flights falling short of 65% load factors.

This subsidy might run into opposition from the Argentine national government, which is trying to move away from the heavy subsidies of various industries by the previous presidency, especially with regard to air transportation where Aerolineas Argentinas has received billions (thousands of millions) of US$ in subsidies since its re-nationalization in 2008.  Also, other carriers serving Tucuman (TUC) might demand equal treatment although the Tucuman government has responded that they offered other airlines similar incentives as Avianca Argentina to operate on less-traveled routes but the carriers were only interested in flying the profitable mainline trunk routes between major cities.

Surprisingly, the 16 routes that Avianca Argentina requested did not include any flights to the proposed Cordoba (COR) and Tucuman (TUC) hubs, much less the multiple services that would be consistent with hub operations, with the focus instead being on flights emanating from Buenos Aires.  However, there will apparently be a second round of hearings in March, during which routes from Cordoba (COR) and Tucuman (TUC) are expected to be requested, probably for starting service later in the year after the Buenos Aires routes have been established.

The routes requested on December 27:

Avianca Argentina's first ATR-72-600, LV-GUG (c/n 1343) arrived at Buenos Aires Aeroparque (AEP) on the evening of 18Jan17 from Punta del Este (PDP) where it had laid over the previous night on its multi-stop delivery flight from the Aerospatiale factory in Toulouse, France. 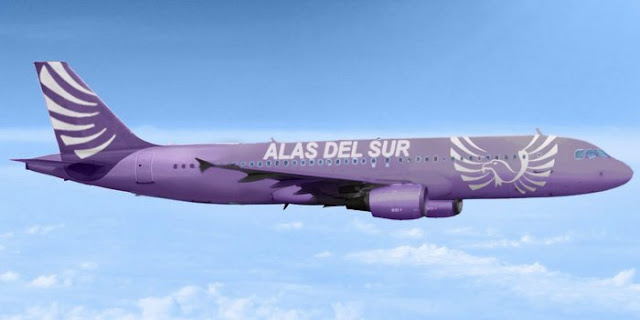 Alas del Sur recently surfaced as another candidate to establish a Low-Cost Carrier (LCC) operation in Argentina under the new liberalized air services environment introduced by Argentine President Mauricio Macri since he took office in December 2015.

The carrier already operates as a charter and air taxi service in Argentina but is seeking authorization to operate regularly scheduled air services, both domestic and international, working with Chinese business partners and US$ 100 million in start-up capital.

Alas would start with 547 employees and projects US$ 73 million revenue in its first year.

By 2022, Alas projects having 1,460 employees and US$ 595 million in revenue while flying twelve A320's to 25 domestic points and 12 regional South American destinations.  Intercontinental flights would be flown by five 777's with Los Angeles (LAX), Miami (MIA), Barcelona (BCN) and Shanghai Pudong (PVG) being added to the route network.

Subsequent to the above information, Alas submitted route requests to the ANAC Argentine aviation authority in early December, which were published in the "Official Bulletin" prior to public route hearings that were held on December 27 with five airlines participating; Alas del Sur, American Jet, Andes Lineas Aereas, Avianca Argentina and Flybondi.

These route requests expanded considerably on those announced in the original business plan and would be for possible operation during the next 15 years showing the maximum number of stops.  More than likely, the number of routes and number of legs on each route that would actually be flown would be far fewer than those shown:

Rumors following the public route hearings are that the two existing carriers, American Jet and Andes plus Avianca Argentina will be granted some route rights by the ANAC but that Alas del Sur and Flybondi will have to wait until the second round of route hearings scheduled for March 2017.
Sources:

The proposed new Argentine low-cost carrier (LCC) Flybondi (translates roughly to flybus) was announced on 30Sep16 in an article appearing in Air Transport World.  The airline's CEO is Julian Cook, founder and ex-CEO of Swiss carrier FlyBaboo.  Backers that are putting together seed funding include Ryanair board member and ex-COO Michael Cawley, ex-Air Canada CEO Montie Brewer, and British Airways City Flyer Express founder and ex-chairman Robert Wright, together with a group of Argentine investors, chief of which would be Gaston Parisier, partner at BigBox, a retailer of "unique gift experiences".

The carrier aims to raise US$ 75 million in start-up capital starting service in the third quarter of 2017 with 6 aircraft and 400 employees flying from El Palomar (EPA) near Buenos Aires to a dozen cities while selling tickets only online supplemented by sales of related travel services, including hotel stays, car rentals, vacation packages, etc.

Flybondi's base would be the secondary airport of El Palomar (EPA) on the western outskirts of Buenos Aires.

The main objective of operating from this facility would be to avoid the monopoly services of ramp handling company Intercargo at Buenos Aires Aeroparque (AEP) with the problem reportedly not being high wages but low-productivity due to slow aircraft turnarounds currently averaging 70 minutes, which, though an improvement over previous longer turnarounds, is still far more than typical LCC turns of 30-40 minutes.  Slower turns usually translate to 1-2 fewer flights per aircraft per day with the corresponding loss in revenue.

The likely initial destinations would be Bariloche BRC), Comodoro Rivadavia (CRD), Cordoba (COR), El Calafate (FTE), Mendoza (MDZ), Neuquen (NQN), Puerto Iguazu (IGR), Resistencia (RES), Rio Gallegos (RGL), Salta (SLA), Tucuman, (TUC), and Ushuaia (USH).  Aircraft to be used would be either the A320 or 737-800 with the latter being pictured on the airline's website (see above).

As of early December 2016, Flybondi submitted an official request for 35 domestic routes from El Palomar (EPA), 8 from Cordoba (COR), 7 from Rosario (ROS), 3 from Salta (SLA), 3 from Mendoza (MDZ), plus 43 international routes from 7 Argentine airports.

* The biggest problem for possible LCC's is the low productivity of the Argentine airline workforce relative to those in Europe and the United States.  Wages are not the problem so much as work rules resulting in lower efficiency, with slow aircraft turnarounds of more than an hour being a particular problem.  The unions have fervently resisted changes to work rules, maybe because with Argentine wages being generally low to begin with, being pushed to be more productive could be perceived as excessive and unfair.

* The state-run airlines, Aerolineas Argentinas and Austral, have opposed the rapid entry of LCC's into the Argentine air transportation market, mostly because their employees work under existing labor contracts and work rules. Low-cost carriers entering the market with lower labor costs and more flexible work rules would offer much lower airfares than AR and AU, taking passengers away from them or forcing the state carriers to lower airfares, either of which would result in even heavier financial losses than the latter are already incurring.

* The Argentine government has minimum airfare levels in effect which it has been reluctant to rescind, mostly because of the losses that this would cause at Aerolineas and Austral.

* Argentina has high airport taxes and fees relative to neighboring countries, largely because air travel in Argentina is still seen as a form of transportation for the relatively wealthy with only 1 in 10 Argentines having flown.

After many months of losses, Alas Uruguay suspended operations on Monday, October 25, 2016. The airline had exhausted its US$ 15 million line of credit from the Uruguayan government FONDES development fund, accumulated US$ 4.9 million in unpaid bills with suppliers, and owed considerable backwages to employees.

Alas' employees generally thought that the solution was for outside investors to inject capital into the company or for it to be taken over by another carrier with the main attraction being Alas' traffic rights on the lucrative Montevideo (MVD) - Buenos Aires Aeroparque (AEP) "Air Bridge". While some employees thought that the company's best bet for a rescue was to keep operating while negotiating with prospective interested parties, at least to maintain the appearance of a viable operation, most believed that Alas should suspend operations to stem the heavy losses that were accumulating with no end in sight.

Alas Uruguay's management negotiated with several parties in the months prior and after it ceased operating, including Amaszonas (Bolivia), Boliviana de Aviacion, Latin American Wings and Azul Linhas Aereas of Brazil, with some of them willing to take on at least some of Alas' debts and financial responsibilities but the carrier's heavy financial burdens proved too much to overcome.

Uruguayan regulations allowed Alas Uruguay to keep its Air Operator Certificate for 60 days after it suspended operations pending a restart of flights but when this date passed in late December, the DINACIA Uruguayan aviation authority revoked Alas' AOC, rendering the carrier an entity unauthorized to operate with no discernible value to potential investors or buyers.

Sadly, Alas Uruguay appears to be permanently grounded after only nine months' flying. 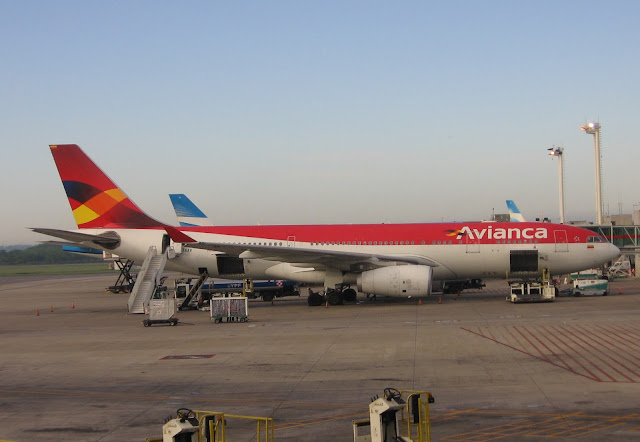