Four of Aerolineas Argentinas' scheduled flights to Barcelona (BCN) & Rome - Fiumucino (FCO) will make a stop in London-Heathrow (LHR) in September taking fans to the 2015 Rugby World Cup, which Argentina will be participating in.

Aerolineas' normal Buenos Aires - Barcelona round-trip flights will operate on a "triangle" basis with a stop in London on 18/19Sep15:

A similar routing will be followed on 25/26Sep15 but stopping in London after Barcelona:

A similar concept will be implemented in October towards the end of the competition adding London to the normal Rome route instead:

All of the flights will be operated by Aerolineas Argentinas' A340-300's.

LAN is scheduled to operate two A320 charters between Montevideo (MVD) and La Serena (LSC) Chile in June 2015.  The passengers are apparently Uruguayan as the first flights are originating in Montevideo (MVD) on June 14 and 15 with the returns staggered a few days later on June 17 and 21. The reason for the charters appears to be some sort of an event, such as a rugby championship. 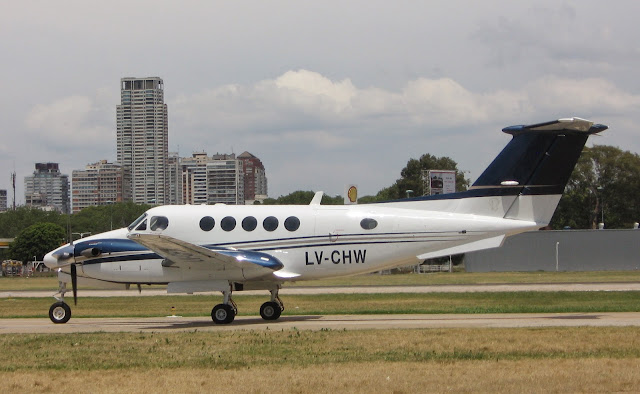 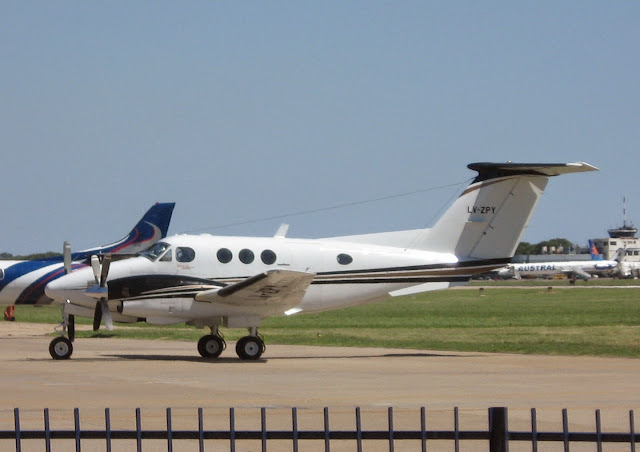 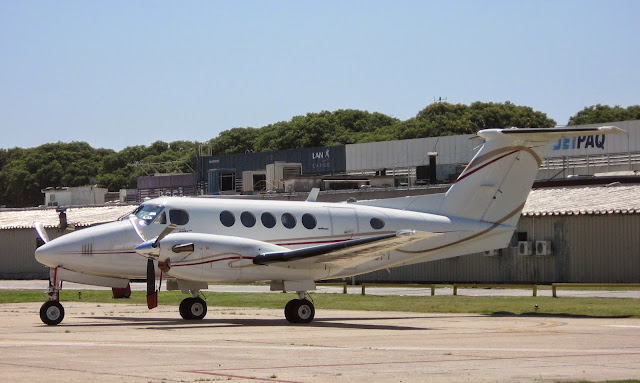 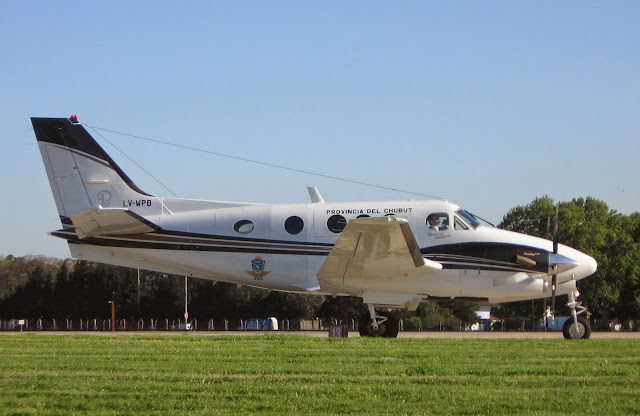 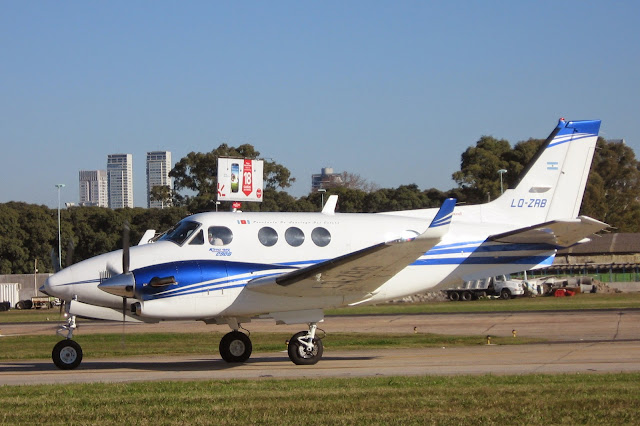 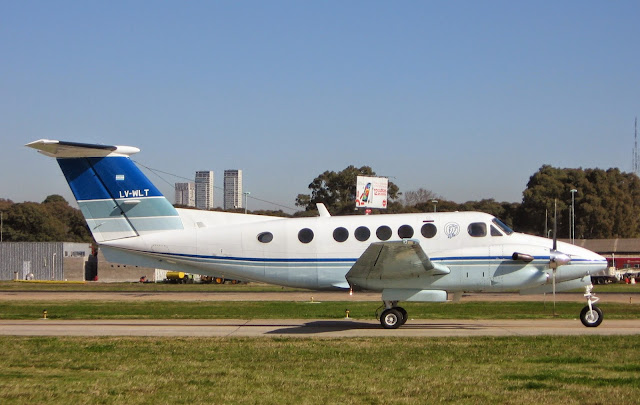 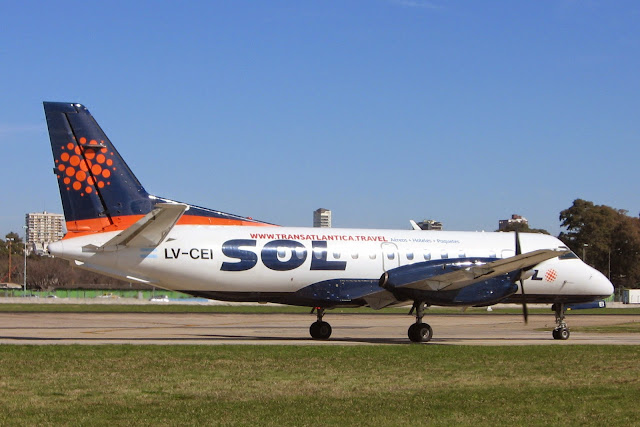 Aerolineas Argentinas recently took delivery of the first two of an eventual four brand-new A330-202's to be delivered from the Airbus factory in Toulouse, France.

A330-202 LV-FVH, (c/n 1605) was delivered on 28Feb15 and LV-FVI (c/n 1623) was handed over to Aerolineas on 30Apr15. Both have 243 economy and 24 first-class seats and are powered by two General Electric CF6-80E1A4 engines rated at 70,000 lbs. thrust. These aircraft will be first used on routes that do not take the aircraft too far from airports that could be used for emergency landings, such as Buenos Aires Ezeiza (EZE) to Miami (MIA) and New York Kennedy (JFK), but transatlantic flights to Europe requiring ETOPS (Extended- range Twin Operations) certification will have to wait until the airline is qualified to operate such services, which is expected to happen in July when the airline is scheduled to introduce the A330-202's on the Buenos Aires Ezeiza (EZE) - Madrid (MAD) route.

The factory-new A330-202's join four A330-223's already in Aerolineas' fleet that are owned by the ILFC leasing company, two of which were originally delivered to SABENA in 1999 with the other two having been delivered to Air Afrique in 2000. 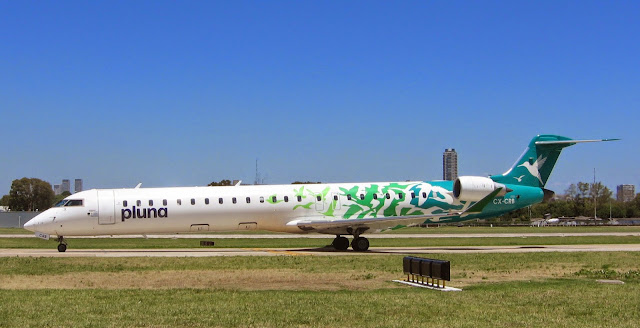 FLEET UPDATE: Aerolineas Argentinas takes delivery of its 15th and 16th 737-800's in March and April

As announced on Saturday, Amaszonas flew one of its CRJ-200's to Montevideo (MVD) on Sunday night arriving just after midnight early Monday morning. The aircraft will participate in the certification process of what is being called "Amaszonas Uruguay".

Per the Uruguayan travel website, Portal de America, the Argentine ANAC aviation agency has indicated that Amaszonas has not submitted an application for the authorization of CRJ-200 flights so the only aircraft that the Bolivian carrier can currently fly to Argentina under the former BQB Air Operator's Certificate is the ex-BQB ATR-72-212's.

It was previously reported that Amaszonas Linea Aerea had purchased only BQB Lineas Aereas Air Operator's Certificate but El Pais of Uruguay claimed in its May 8 edition that Amaszonas has bought all shares of the Uruguayan carrier too.

Amaszonas has reportedly hired 31 of BQB's former employees and claims that it already has route authorization from the DINACIA to fly to Buenos Aires and Asuncion but that the regulatory procedures and paperwork have taken longer than anticipated which has resulted in unexpected delays to the start of service.

The procedures with the DINACIA and the Argentine and Paraguayan authorities are expected to be completed soon with the start of service to Asuncion (ASU) later this week to be followed by Buenos Aires Aeroparque (AEP) soon thereafter.

Portal de America reports that the start date of Amaszonas' new service between Montevideo (MVD) and Buenos Aires Aeroparque (AEP) using BQB Lineas Aereas' Uruguayan Air Operator's Certificate is uncertain as the Bolivian carrier has not received authorization to fly the route from either the Uruguayan DINACIA or Argentine ANAC aviation authorities.

Permission from Uruguay might be hindered by political considerations, such as possible favoritism by the Uruguayan government of the imminent start-up of Alas Uruguay, a privately-owned carrier that is seen as the de facto replacement for the now-defunct PLUNA that also aspires to fly the former flag carrier's flagship route between MVD and AEP.  Alas Uruguay is mainly composed of ex-PLUNA employees.

Presently, the only airline flying the highly-profitable route between the Argentine and Uruguayan capital cities is Aerolineas Argentinas' Austral subsidiary with 6-7 roundtrips per day operated with EMB-190's.  With Amaszonas / BQB to be a Uruguayan operation, presumably the Uruguayan DINACIA would have to grant Alas Uruguay the route authority before the Argentine ANAC could act.

When the aircraft arrives, it will join the first 737-300 delivered to Alas Uruguay, CX-OAA, as the new airline enters the "Demonstration" phase of its certification process by the DINACIA Uruguayan aviation authorities, which will consist of verifying flight crew training, maintenance capabilities and other necessary infrastructure to operate a safe, and regulation-compliant service.

The carrier is expected to start operations flying charters followed by scheduled service in the coming months.

ROUTE UPDATE: Amaszonas did not start former BQB Flights today May 4, might start May 8

Portal de America reports that everything seemed in order on April 29 when Amaszonas announced that it would start service from Montevideo (MVD) to Buenos Aires Aeroparque (AEP) on May 4 operating the same twice-daily flights that BQB Lineas Aereas used to fly. However, on April 30 there was no sign of the flights actually materializing.

Also raising a lot of doubts was a set of questions that Portal de America submitted to Amaszonas management on April 18 about the legal and operational structure of the new Amaszonas/BQB entity, which Amaszonas failed to answer.  The most significant questions were as follows:

1) What brand will the new operation fly under ?  Amaszonas Uruguay ?

2) Will the new airline start operations with BQB ATR-72's for a simpler and
faster transition ?

3) Has the new operation received permission from the Argentine authorities to
fly Amaszonas CRJ-200's, which are registered in Bolivia, between
Montevideo (MVD) and Buenos Aires Aeroparque (AEP) under the route
authority granted to BQB, a Uruguayan airline ?

4) BQB's Air Operator Certificate is owned by Los Cipreses, a Uruguayan
company that owns the Buquebus ferry lines.  Can a Bolivian company take
over the certificate without going through a major regulatory process ?

The issue raised by the above questions, especially 3) and 4), are enough to sideline the new Amaszonas/BQB operation for weeks and possibly months while all of the regulatory formalities are worked out.

In the meantime, Portal de America reports that a couple of the GDS are showing BOTH Amaszonas and BQB flights as operating between Montevideo (MVD) and Buenos Aires Aeroparque (AEP) this coming Friday, May 8 on the two daily slots formerly operated by BQB.