Austral received its 21st and 22nd Embraer 190's in September and October.

Austral now has 22 Embraer 190's in its fleet comprised of 20 aircraft received between September 2010 and October 2011 plus the two recent deliveries. Austral flies them in an 8-seat business class and 88 economy-class configuration on domestic flights in Argentina plus on some regional services, mostly to Brazil. 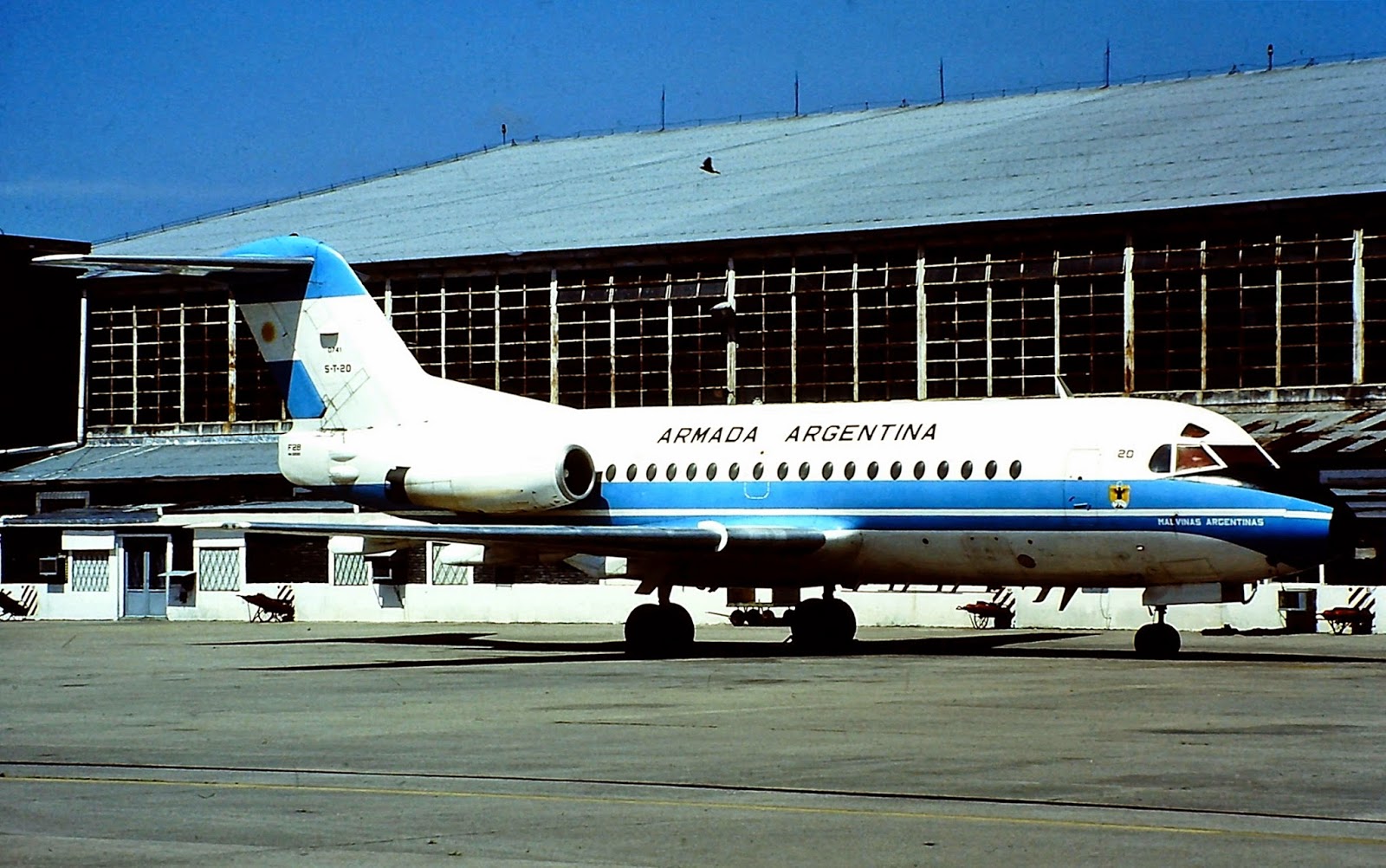 As the aircraft closed in on Ezeiza International Airport, the captain of the Delta flight announced to passengers that the last 15 minutes of the flight would be "bumpy".  The sky grew darker and the turbulence heavier and the aircraft abruptly broke off its approach climbing sharply into the sky.   Soon after, the captain came on the loudspeaker and announced to passengers that the flight would be diverting to Montevideo (MVD).

Some thirty minutes later the aircraft landed at the Uruguayan airport but passengers were held on board for three hours as Delta is not authorized to operate to Uruguay and has no staff there of its own.  Arrangements were finally made for the processing of passengers and they were taken off the 767-300 into a lounge area but another three hours passed before they were transferred to downtown hotels.

Delta sent another 767 to pick up the stranded passengers and fly them to Buenos Aires that evening.

It became evident at some point of the 767-300's flight, either on approach to EZE or en route to MVD, that the right wing's leading edge just outboard of the engine was damaged somewhat significantly, either through impact with an object (such as a bird) or a lightning strike.  Some passengers reported seeing "sparks" come from the affected area while on approach to EZE.  It is also not clear if the flight crew declared the emergency while still on approach to EZE, after the aborted approach, or enroute to Montevideo (MVD).

To the knowledge of the editor of this blog, this is the first time that a Delta aircraft has landed in Montevideo (MVD).  The diversion airport for most flights from the United States to Buenos Aires Ezeiza (EZE) is usually Cordoba (COR) located some 400 miles (650 km) northwest of Buenos Aires in central Argentina although Montevideo (MVD) is occasionally used too.

The following is a photo of the damaged wing: 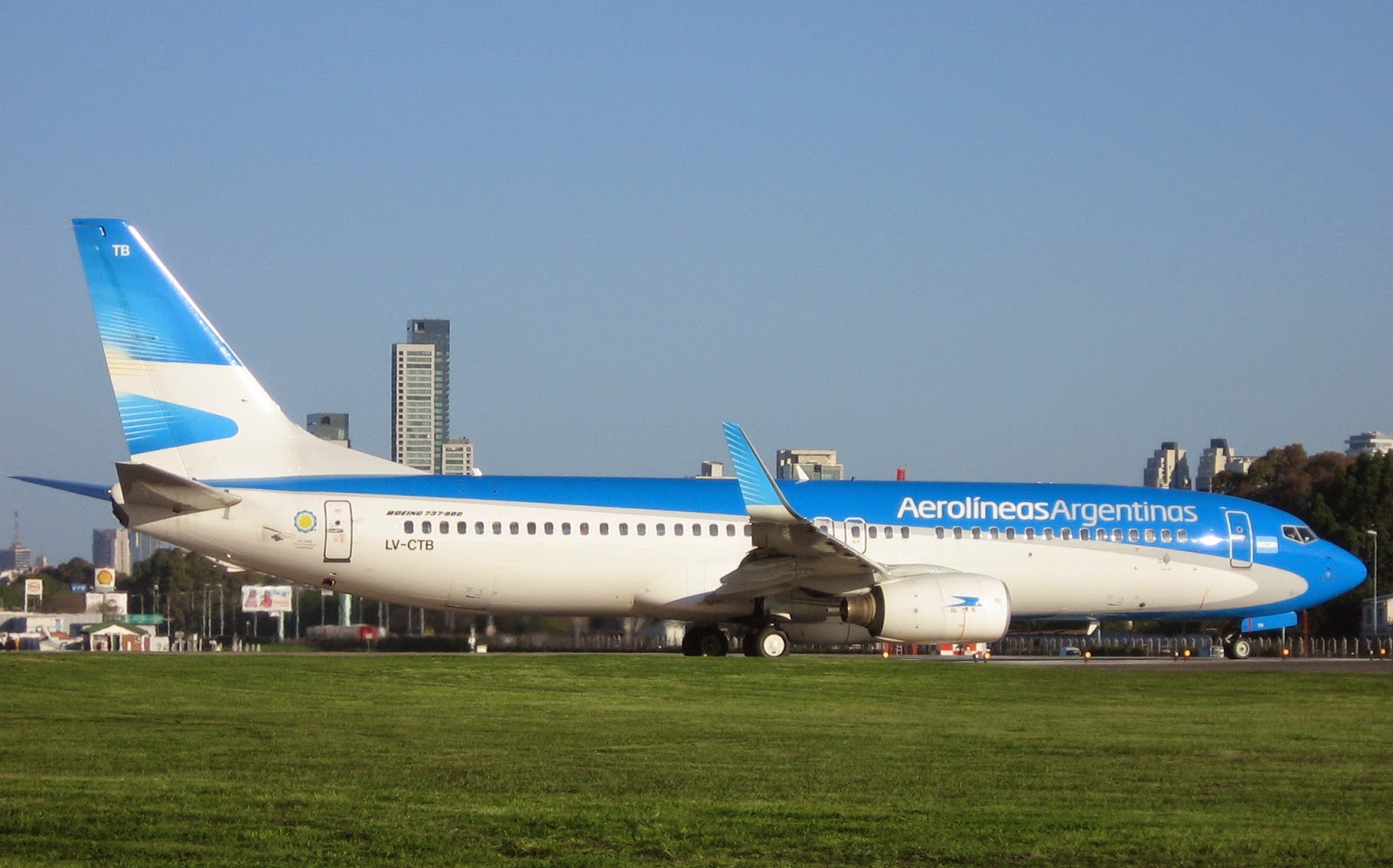 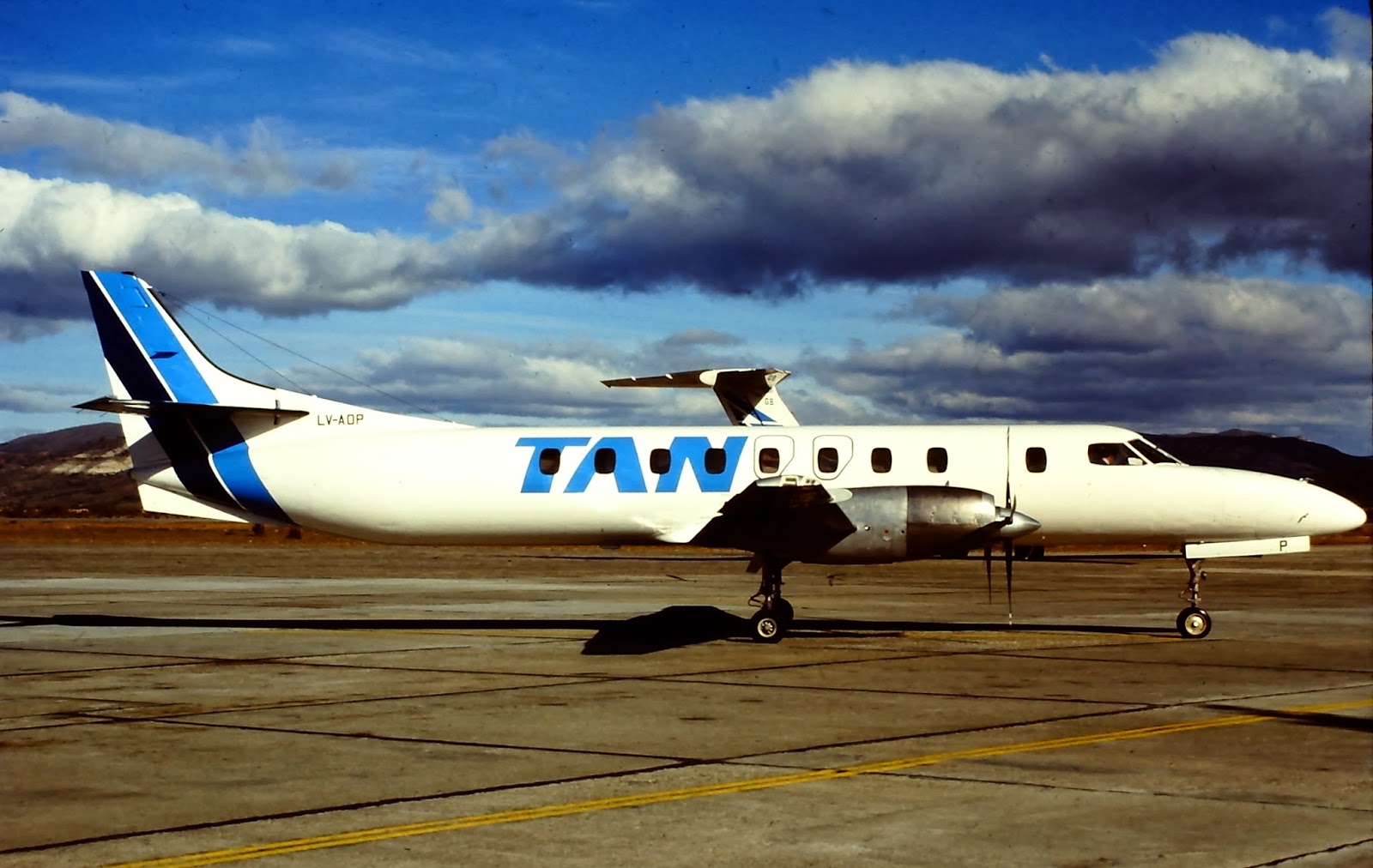 This aircraft first flew in June 1981 with Fairchild registration N3029F and was delivered to the Provincia de Neuquen government on 21Dec81 with the LV-AOP registration that it was apparently to wear throughout its service life.  It was transferred to Transportes Aereos Neuquen on 04Aug94 for which it flew until being stored in Neuquen (NQN) in western Argentina in 2000.

LV-AOP was last seen in Sao Paulo Congonhas (CGH) on 19Jul10 where it was photographed parked in a hangar which had belonged to the defunct Brazilian carrier VASP.

BQB Lineas Aereas is expanding in leaps and bounds out of its Montevideo (MVD) base with the following new service added out of the Uruguayan capital as 2013 came to a close: 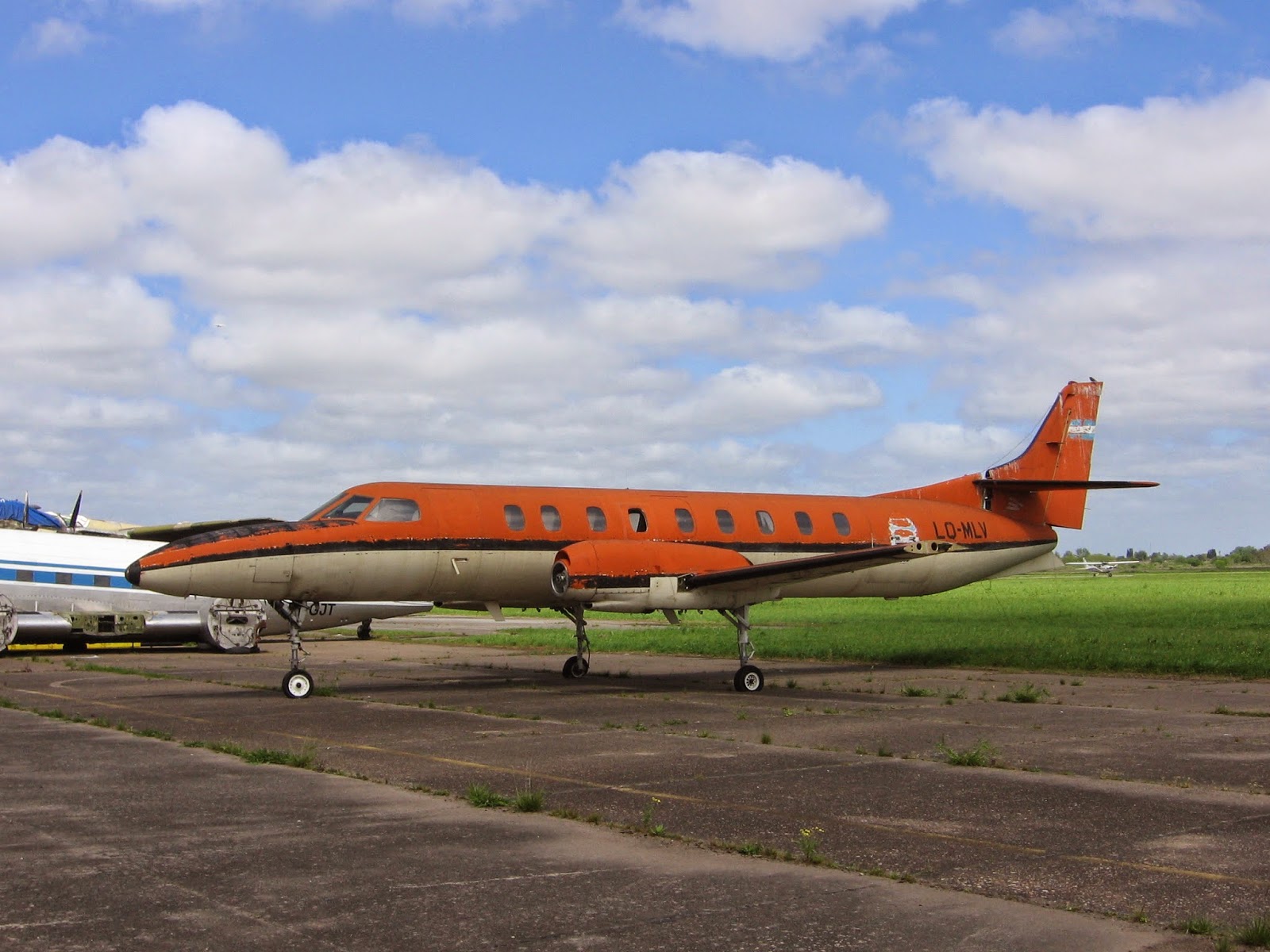 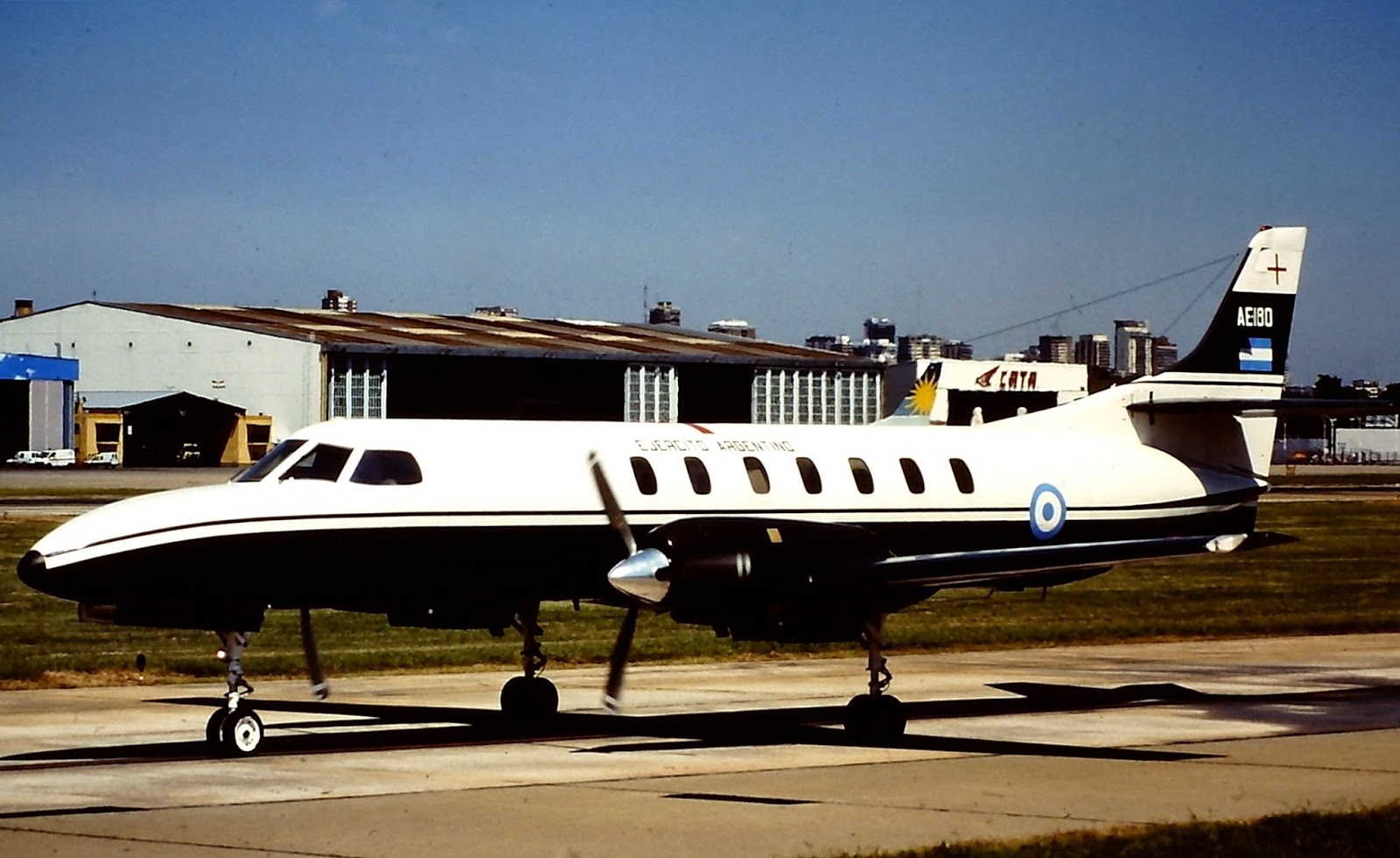 Aerolineas Argentinas and sister carrier Austral Lineas Aereas have announced the addition of many new routes and changes to service as the combined carriers continue to take delivery of many aircraft to their fleets:

Ushuaia (USH):
Aerolineas Argentinas started operating its first A330-223, LV-FNI, to this city located in the southern province of Tierra del Fuego in late October despite a disagreement with its pilots over pay scales for the new type in the airline's fleet.

Barcelona (BCN):
Aerolineas Argentinas increasing from 5x/weekly to daily with A340-300, effective 01Jul14

Rome (FCO):
Aerolineas Argentinas increasing from 4x/weekly to daily with A340-300, effective 01Jul14

BQB received its first jet aircraft, an A320 leased from Vueling of Spain, on 28Nov13.  The plane, c/n 4661 and registered EC-LLJ, was delivered to Vueling on 14Apr11.  This is the same aircraft that was leased to Andes Lineas Aereas of Argentina for a short time in late 2011/early 2012.

It is presumably leased to BQB on a wet-lease basis, also known as ACMI (aircraft, crew, maintenance and insurance provided by the lessor) as the plane will be returned to Vueling after only four months at the end of March 2014.

BQB used the A320 to introduce daily service on the Montevideo (MVD) - Santiago (SCL) route on 15Dec13 but researching the carrier's website reveals that it is also being used on some of the carrier's flights to Sao Paulo Guarulhos (GRU) and also occasionally to Florianopolis (FLN) and Rio de Janeiro Galeao (GIG).

Photo of the new addition to BQB's fleet in Vueling colors with BQB titles: 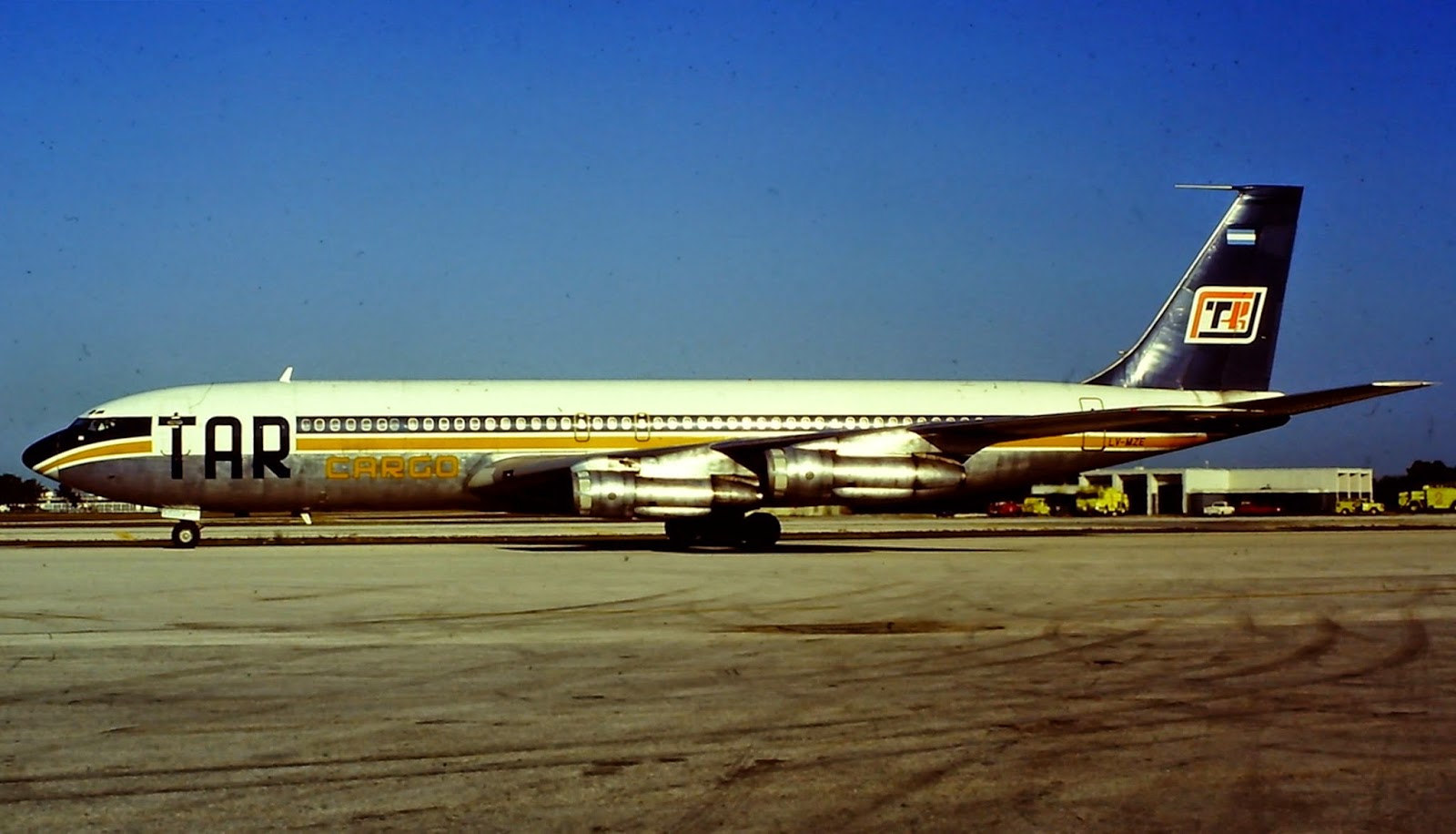