Aerolineas Argentinas is adding new routes as it continues to take delivery of new A330-200's and 737 NG's.

Cordoba, Argentina's second-largest city with a population of 1.3 million and
located in the center of the country is seeing service to three new destinations, the previously posted Miami (MIA) plus El Calafate (FTE) and Tucuman (TUC).

Traditionally, passengers from the Argentine "Interior" have had to connect via Buenos Aires to get to anywhere else in the country but this has been slowly changing in recent years, first with the addition of "Corredores" which are circle routes connecting several cities to each other and more recently point-to-point routes such as those described in this posting.

Aerolineas Argentinas is scheduled to restart flights between Cordoba (COR) and Miami (MIA) 2x/weekly on Saturdays and Sundays using A340-300's, effective 04Jul15. The airline last flew the route 4x/weekly with 747-200's in January 1999. 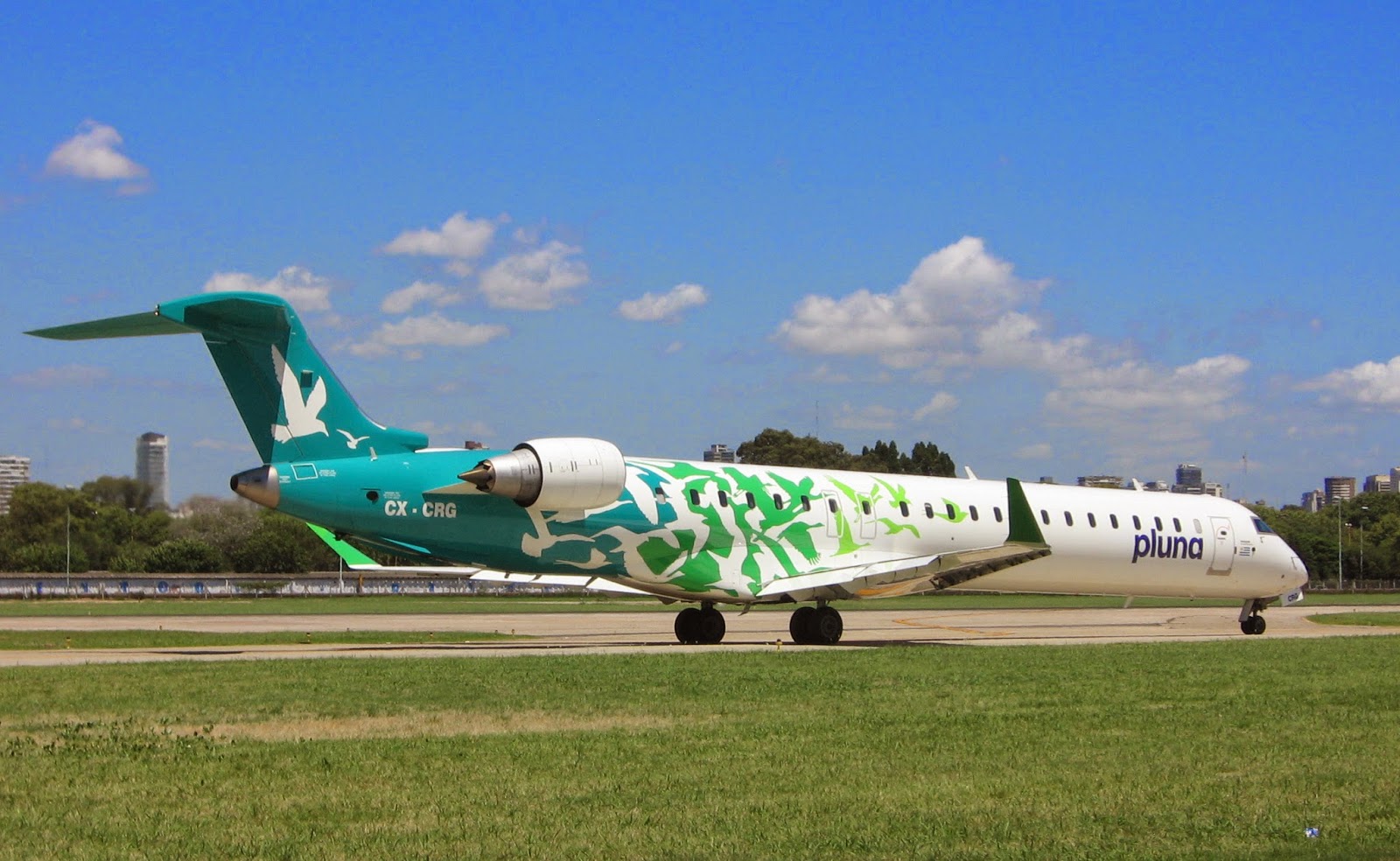 The third of seven former company-owned PLUNA CRJ-900's, CX-CRG (c/n 15209) departed Montevideo (MVD) on March 17 wearing registration C-GMXH flying to Canada for delivery to Skyservice Business Aviation. The aircraft will reportedly go on to Go Jets / Delta Connection along with the other six former company-owned PLUNA aircraft for the operation of feeder flights to Delta's hubs from secondary cities.

Photo of CX-CRG wearing registration G-GMXH as it prepared to leave Montevideo (MVD):

Aerolineas Argentinas' first factory-new Airbus A330-200, LV-FVH (c/n 1605), arrived at Buenos Aires Ezeiza (EZE) on its delivery flight on February 28. This is the first of four A330-200's ordered by Aerolineas directly from Airbus in February 2013. Its delivery was delayed by financing issues which are also expected to delay the delivery of the other three A330-200's on order. Other Airbus aircraft types that Aerolineas has operated include the A310 and A320 plus the A340 which the airline is in the process of retiring but still has seven of. This is the first factory-new widebody aircraft for Aerolineas since it took delivery of two 747-200's from Boeing in 1979.

LV-FVH will be deployed from Buenos Aires Ezeiza (EZE) to Miami (MIA), New York Kennedy (JFK), and eventually to Madrid (MAD) when the aircraft is certified for ETOPS (Extended-Range Twin Engine Operations) the first such transatlantic twin-engine flights by the Argentine carrier. It joins four other A330-200's in the Aerolineas fleet that are on lease from International Lease Finance Corp.

The first of at least three 737-300's that Alas Uruguay intends to take delivery of, CX-OAA (c/n 28569/2996), arrived in Montevideo (MVD) at 19:25 local time this evening from Porto Alegre (POA) where the aircraft had been undergoing a repaint in the new carrier's colors for several weeks.

The 737-300 will now be involved in route-proving trials, flight crew qualifying and other procedures that are necessary to complete the fourth of five phases of the airline's certification by the Dirección Nacional de Aviación Civil (Uruguayan National Civil Aviation Directorate).

Alas Uruguay hopes to put this and other 737-300's on routes from Montevideo (MVD) to various South American cities, including the lucrative Buenos Aires Aeroparque (AEP) route.  The first route is expected to be to Asuncion (ASU) where negotiations are the most advanced. Montevideo (MVD) - Asuncion (ASU) is currently served by BQB Lineas Aereas with ATR72-500's and Amaszonas with CRJ-200's. 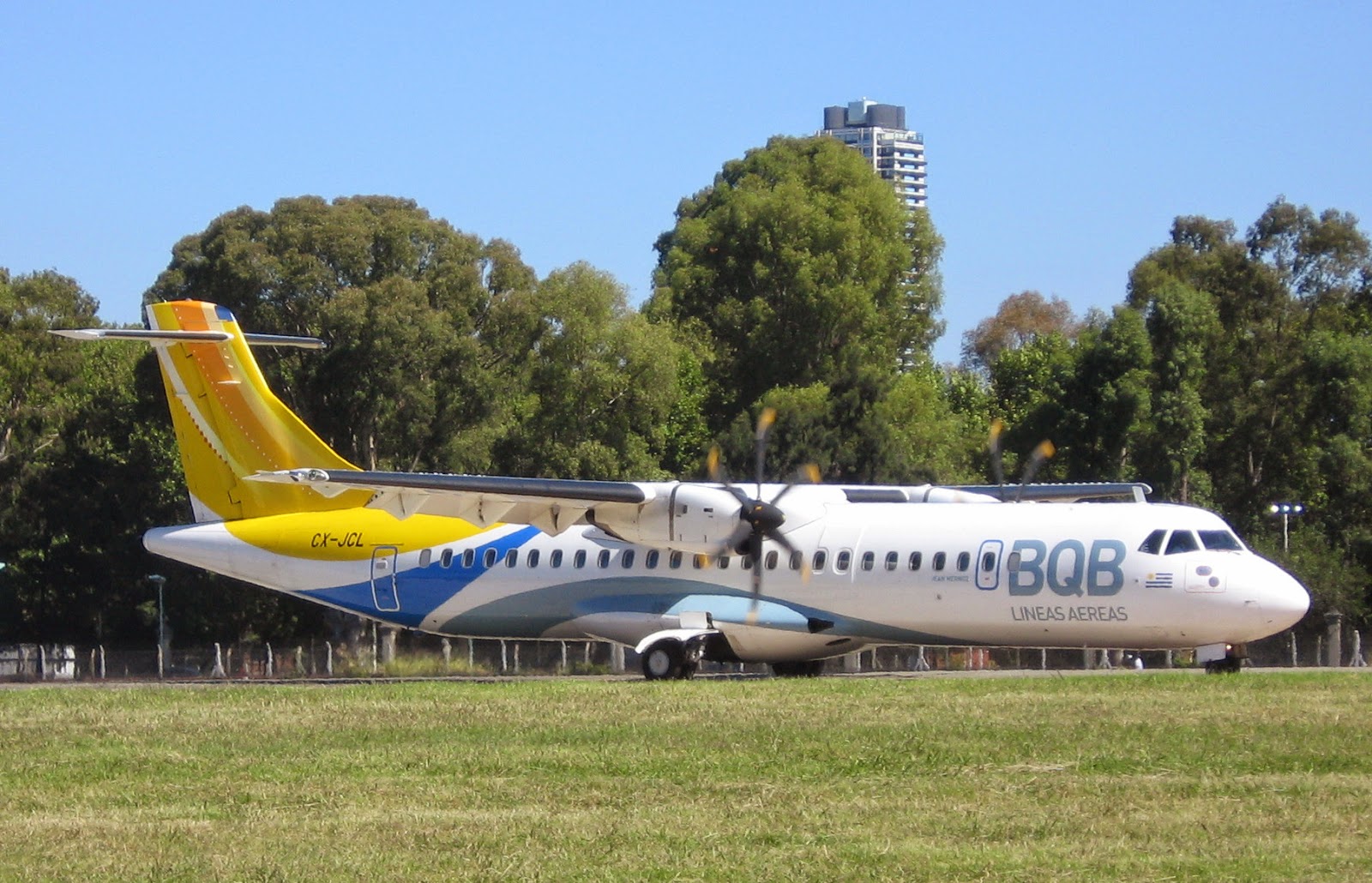 TAM added 1x/weekly A320 service from Recife (REC) to Buenos Aires Ezeiza (EZE) on Saturdays, returning to Recife on Sundays, effective 24Jan15. The five-hour nonstop flight is expected to stimulate tourist traffic between Argentina and the northeastern Brazilian state of Pernambuco.

Avianca of Colombia took delivery of its first three of an eventual fifteen 787-8's on order in rapid succession in a two-week period in late December 2014.

The aircraft were planned to be deployed from the Colombian capital Bogota (BOG) to the following destinations:

Madrid (MAD), Barcelona (BCN) and London Heathrow (LHR) are due to follow in June.

Reader "Mark C" has advised that the seven ex-company-owned PLUNA CRJ-900's will join the fleet of GoJet Airlines, a wholly-owned subsidiary of Trans States Holdings, to fly for Delta Air Lines as a regional feeder under the Delta Connection brand.  The aircraft will be delivered between June and October this year.

GoJet has flown regional service for Delta since 2011 with a current fleet of 47 CRJ-700's, of which 22 fly for the Atlanta-based legacy carrier.  The addition of the CRJ-900's will enable Delta to further reduce its reliance on uneconomical 50-seat regional jets.

Alas Uruguay's first 737-36N, the former UR-GAN (c/n 28569/2996) flew from Ukraine, where it previously operated for Ukraine International Airlines, to Porto Alegre (POA) in late January to be painted in Alas Uruguay colors.

The aircraft, fitted with 136 seats, already carries the Uruguayan registration CX-OAA and will start service with Alas Uruguay flying charters in the coming months with scheduled service slated to start soon thereafter.  CX-OAA is expected to be delivered to Alas Uruguay's headquarters in Montevideo shortly.

In all, nine of the fourteen engines on the seven ex-company-owned aircraft were found to have problems resulting in the lowering of the previously-negotiated selling price of the aircraft by US$ 6.3 million. 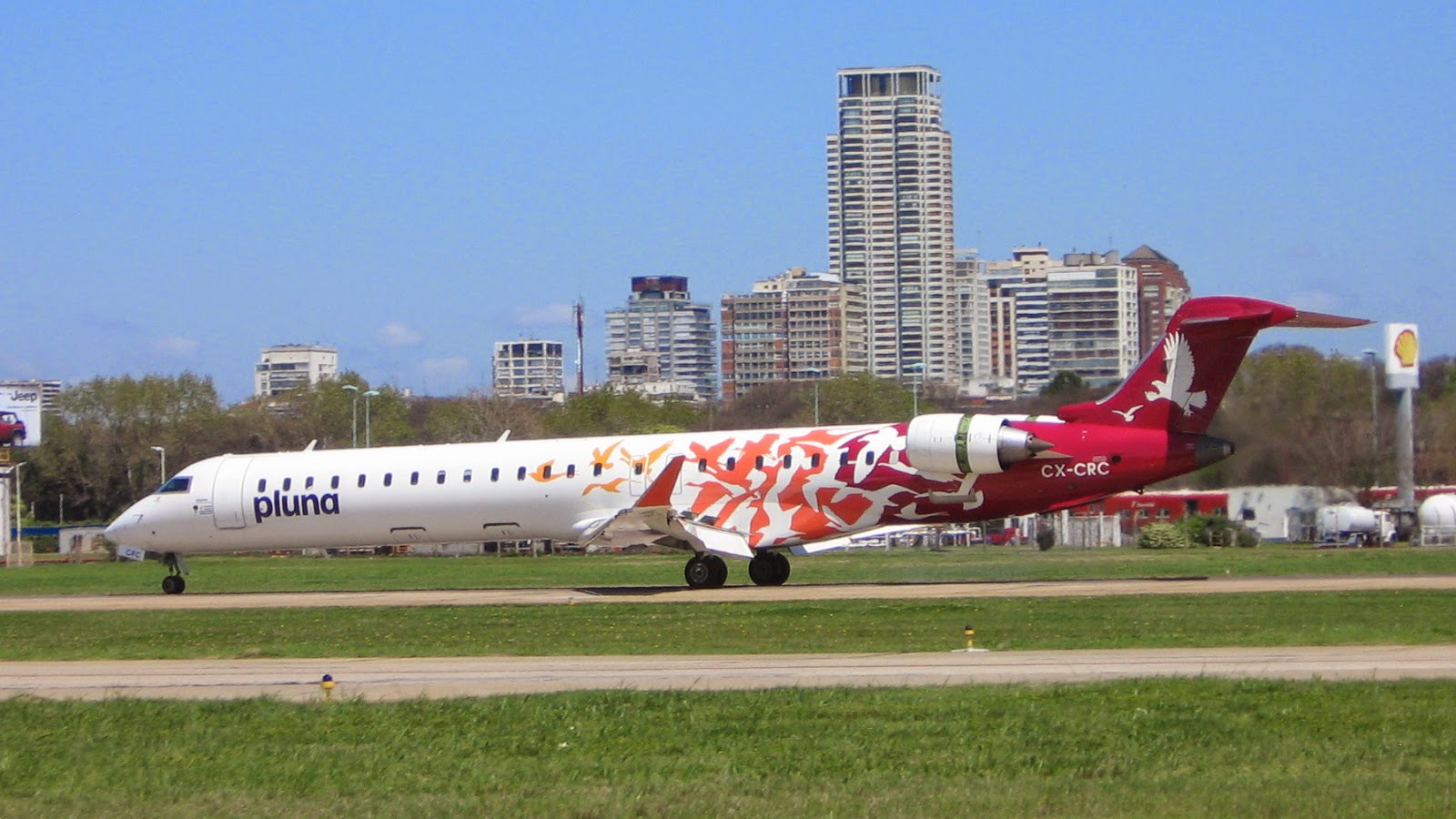