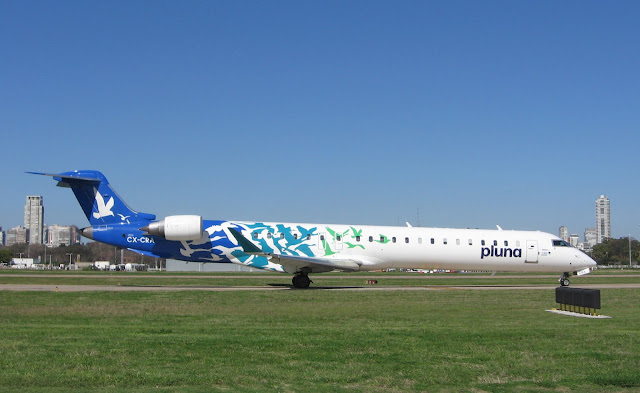 In what may be a first in Latin America and is very rare in most parts of the world (in the sense of a foreign airline operating domestic flights in another country), the Uruguayan airline PLUNA started serving the Chilean domestic market on 15Mar12 with six-weekly Bombardier CRJ-900 flights from the country's capital Santiago (SCL) to Concepcion (CCP) the city with Chile's second most populous metropolitan area located approx. 350 miles (580km) south of Santiago along the Pacific coast.   The new service was made possible by the open skies agreement between Chile and Uruguay.


PLUNA's main competition on the route are LAN and Sky Airlines with 60 and 18 weekly flights, respectively.  The Uruguayan airline's Manager - Sales & Alliances  Roberto de Oliveira Luiz, praised the Chilean aviation competition authorities for making sure that the airline would not be subjected to predatory pricing practices by the existing carriers on the route and cited that as a strong motivation for PLUNA entering the Chilean market.