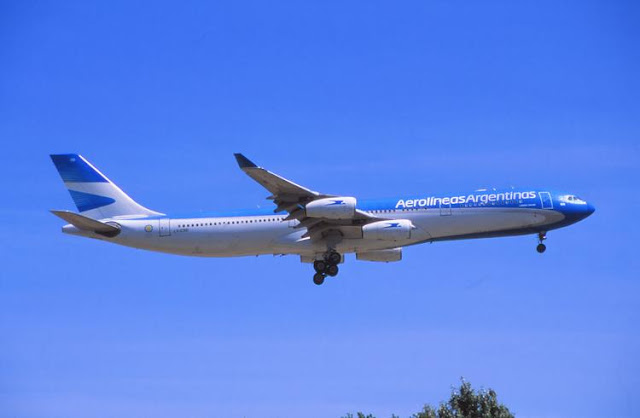 Aerolineas Argentinas A340-300, LV-CSD (c/n 123), which the carrier retired from service in December 2017, finally left Buenos Aires Ezeiza (EZE) to Lourdes (LDE) on 14Jun16, arriving in France the following  day.  For now, the aircraft is parked at Lourdes (LDE) with no known future operator or anticipated change of registration.

LV-CSD was delivered to Singapore Airlines in 1996, went on to fly for Cathay Pacific in 2001 and joined Aerolineas Argentinas on 22Dec11.