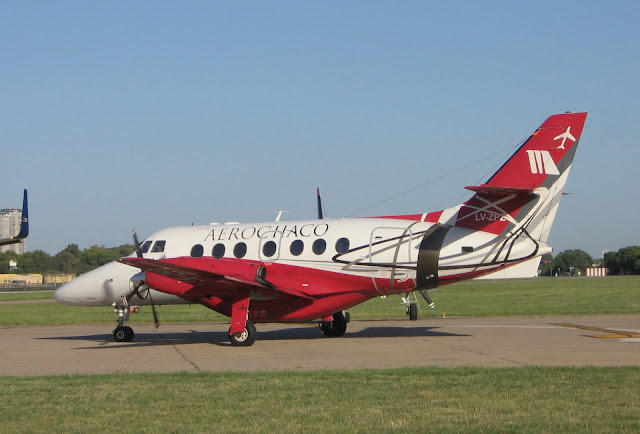 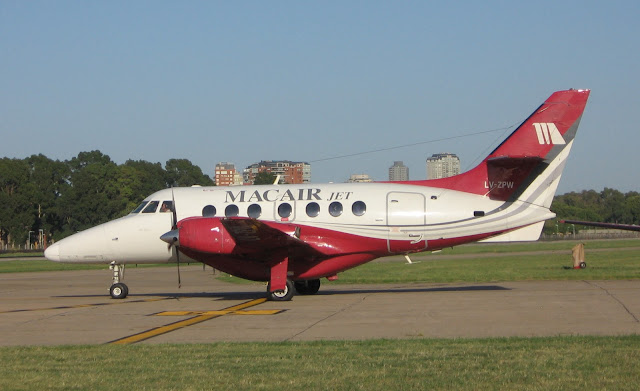 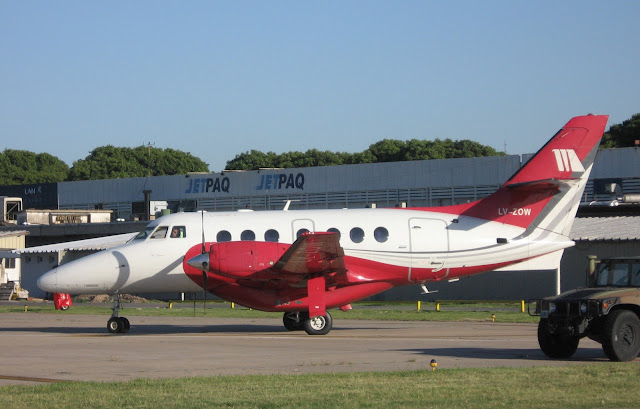 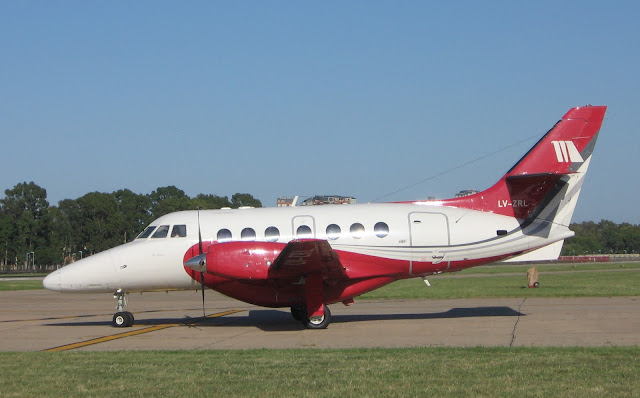 
The four aircraft above were all photographed at Buenos Aires Aeroparque (AEP) early on the morning of Sunday, 06Feb11, operating tourist charters to Iguazu Falls (IGR).  The editor of this blog does not know who they were operating on behalf of.  Note the "M" tail logo on all of the planes.

Macair is an Argentine aircraft charter company that operates executive and group charters plus emergency medical flights using a fleet of Learjets, a Citation, and a Gulfstream G-IV from its Buenos Aires - Aeroparque (AEP) base.

The company also operates Jetstream 32's on behalf of Aerochaco, an Argentine carrier that is the state airline of the northern province of Chaco.  Some sources indicate that Macair operates six Jetstreams but research by the editor of this blog only turned up four such aircraft currently in the Macair fleet.

These aircraft operate scheduled services on behalf of Aerochaco on several routes with only one route including the city of Resistencia, the capital of Chaco.  Scheduled routes include:

Cordoba is the capital of Cordoba province and the second-largest city in Argentina with 1.2 million people.  It is in the heart of one of the nation's most important and productive farm regions and home to several prominent educational institutions.

Villa Maria is the third-largest city in Cordoba province (after Rio Cuarto) with a population of 70,000 and metro area of 140,000, also in the heart of farm country.

Sunchales is a small city (18,000 people) in Santa Fe province to the north of Cordoba in the heart of dairy country and home to SanCor, a large cooperative that turns out 20% of Argentina's dairy production.

Macair also flew MD-87, LV-BZH (c/n 49780) on charter flights on behalf of Aerochaco with the airline's titles and special sticker "Official Airline of Boca Juniors" professional soccer club.  It also flew without the titles or sticker as illustrated below.  The aircraft left the Macair fleet approx. late 2010. 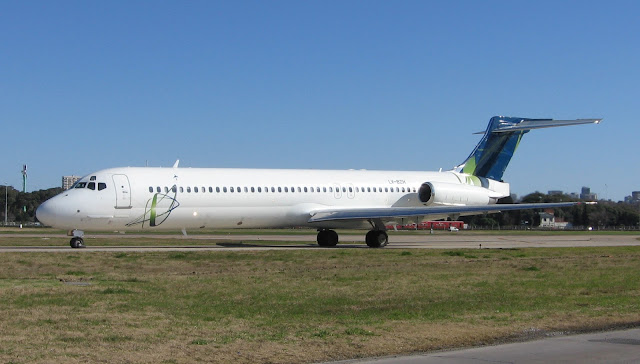 The same aircraft with Aerochaco titles and soccer team sticker: