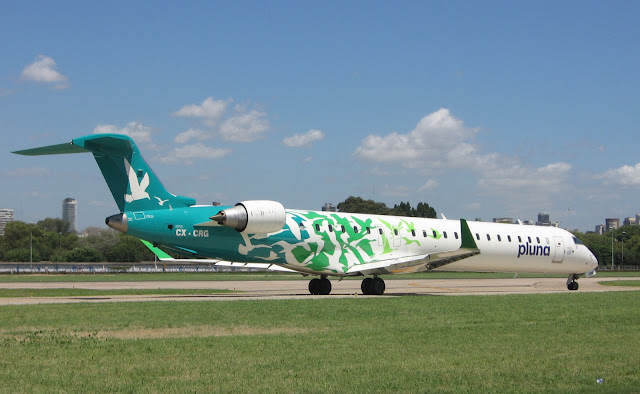 With the failure of the auction of the seven ex-PLUNA CRJ-900's, there are few options on the horizon for the establishment of a Uruguayan national carrier.

BQB Lineas Aereas has withdrawn from the process and Argentine businessman Carlos Molinari has announced that he is stepping to one side for now.

The latest possibility is that the Uruguayan government might form a government-owned company and pay the remaining debt on the aircraft, which it would donate to a workers' cooperative composed of former PLUNA employees.

There would be no further subsidies, such as a reduction in taxes or the price of fuel, as other parties, such as Carlos Molinari had been negotiating at one point.