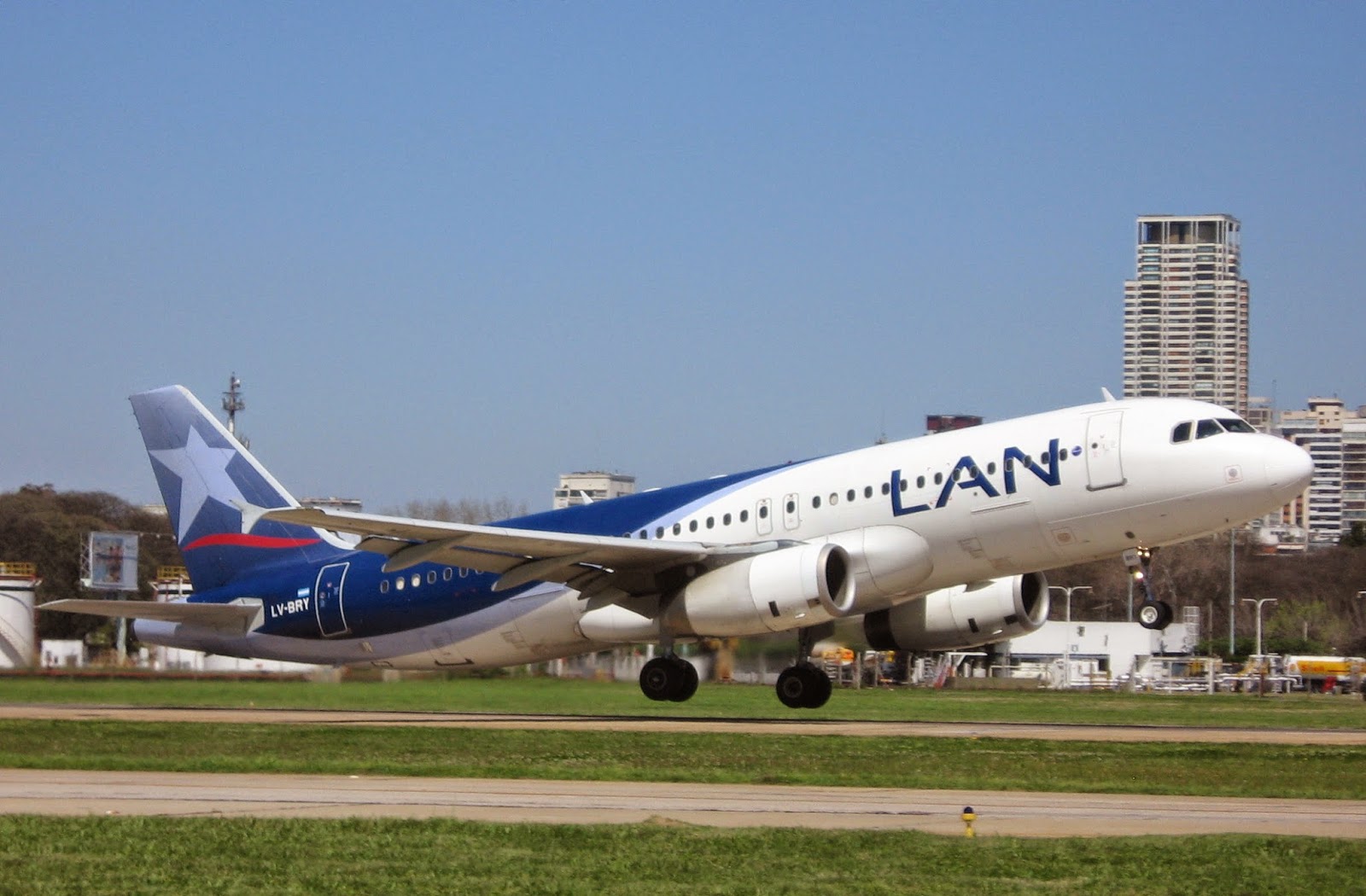 The dispute between LAN Argentina and the Argentine government over the airline's hangar at Buenos Aeroparque (AEP) has been suspended indefinitely after a tumultuous week of events stemming from the government order issued on Tuesday, 20Aug13 for the company to abandon the hangar by Thursday, 29Aug13.  The week unfolded as follows:

* LAN Argentina filed a request with the courts that the order be suspended.

* The government television program 6,7,8 referred to LAN Argentina as the "flagship airline of the opposition" in reference to those opposed to Argentine President Cristina Fernandez de Kirchner.  LAN Argentina Public Affairs spokesman Agustin Agraz criticized this remark noting that all of LAN Argentina's employees are Argentine and that the airline wants to keep growing and hiring employees.

* Two unions, the APTA (Association of Aeronautical Technical Personnel) and ATCPEA (Flight Attendants Union), protested the government order inside the Buenos Aires Aeroparque (AEP) terminal and also by partially blocking the major roadway outside the airport known as the "Costanera".

ATCPEA spokesman Ricardo Cirielli indicated that the union would shut down air transportation in Argentina on Thursday, 29Aug13 with a strike affecting all the domestic airlines and even international flights because the air traffic controllers would participate in the action too.

The goal of the measure was for the government to suspend the hangar eviction notice.

* The head of ORSNA (National Airport Regulatory Agency), Gustavo Lipovich, indicated that if LAN Argentina did not abandon the hangar, the government would start legal proceedings against the company but that there would be no forced eviction.

* Perfil.com reported that the government is willing to let LAN Argentina continue using the AEP hangar until it can move to EZE.  It even offered the airline the possibility of more international route rights but LAN Argentina rejected the idea.

* The Argentine justice dept. issued a restraining order prohibiting the government from forcibly evicting the airline from its hangar giving the government five days to "provide an update on the situation".  One of the reasons cited for issuing the order was that LAN Argentina was not given enough time to state its case against it.

* Argentine Minister of Transport Florencio Randazzo stated that "we do not want to throw any airline out of Argentina" and indicated that the government had requested the Chilean and Brazilian authorities (LAN is part of LATAM, a Chilean and Brazilian airline holding company) reciprocal rights for Aerolineas Argentinas to be able to operate domestically in those countries.

* The Chilean government replied that Aerolineas is free to operate in Chile and did so with its affiliate Aerolineas del Sur for several years in the 2000's but closed it voluntarily in 2008.

* Argentine Vice Minister of the Economy Axel Kicillof met with LAN Airlines President Ignacio Cueto in Buenos Aires, where among other things, he asked Cueto to produce a technical report explaining why LAN Argentina could not operate in Argentina without the Aeroparque hangar.

* LAN's Cueto claims that it would be very "viable" for Aerolineas Argentinas to operate in Chile and that it is fairly "fast and simple" to get authorized to do so.


* Aerolineas Argentinas President Mariano Recalde replied to the claims of the Chilean government and Cueto that it would be easy for Aerolineas to operate in Chile by saying that LAN is famous for "dumping airfares" in the markets it operates to eliminate competition.