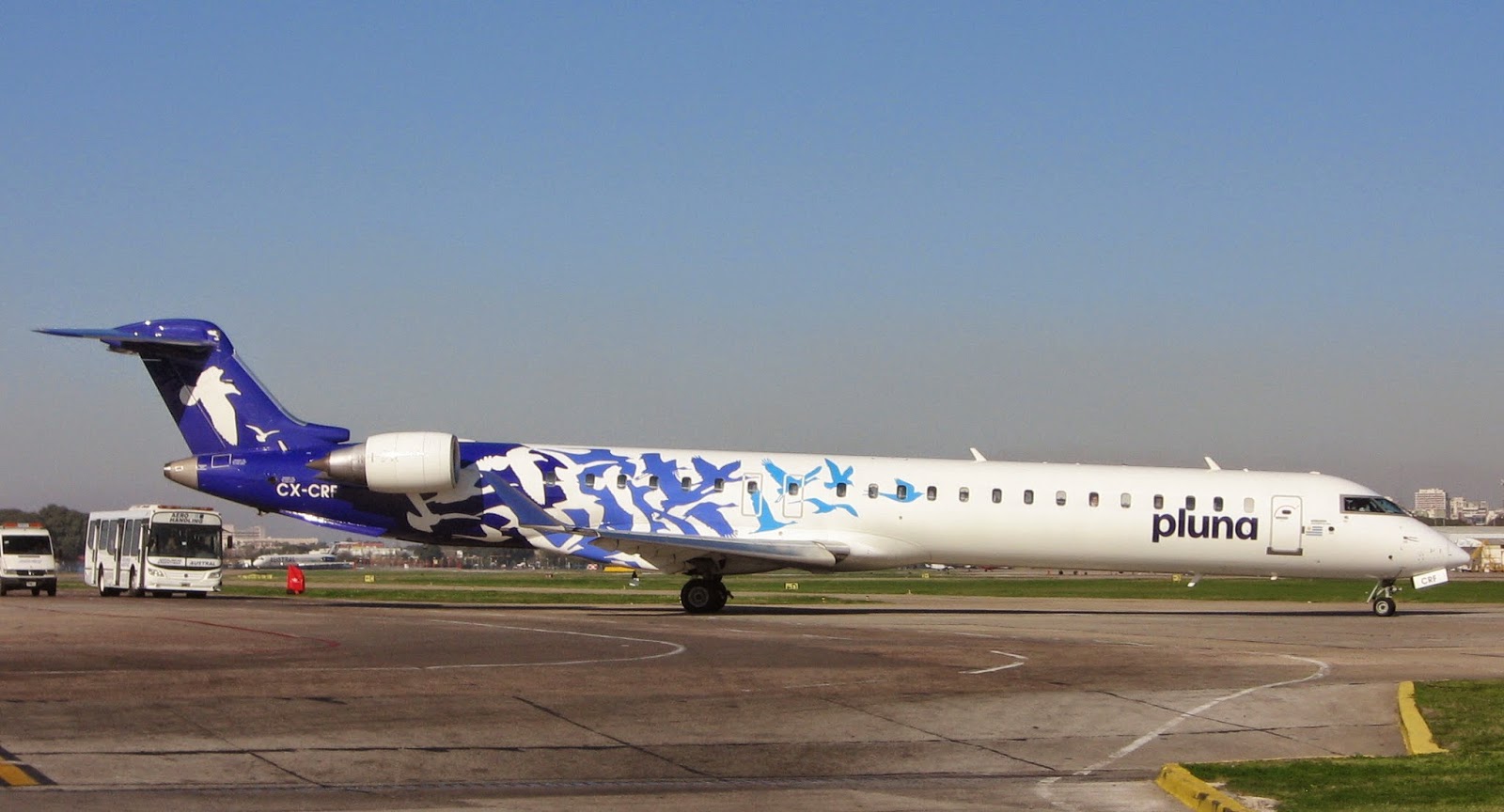 It is looking increasingly doubtful that the proposed PLUNA replacement airline, Alas Uruguay, will be a viable proposition.

The trust that was created by a law passed by the Uruguayan congress in the months following PLUNA's July 2012 shutdown was declared unconstitutional by Uruguay's Supreme Judicial Court in November 2013.  One of the problems with the law cited by the court is that it removed the seven company-owned PLUNA CRJ-900's from the pool of assets that creditors could access through the airline's bankruptcy liquidation proceedings.  This violated creditors' property rights under Uruguayan law.

The implications of the trust being declared void is that the Uruguayan government's offer of the aircraft to the former PLUNA employees who were forming Alas Uruguay under favorable terms will no longer be valid.  These terms included a three-year grace period before Alas Uruguay would have to make any payments on the aircraft.  It is doubtful that the creditors would extend such generous terms on the aircraft.

There are also significant financial implications for the Uruguayan government in that it is responsible to ScotiaBank for the debt on the aircraft and was counting on payments from Alas Uruguay to cover some of the costs of the loan payments.  But with the CRJ-900's to be included in the pool of assets that will be used to pay off creditors, this money will be lost.  The government has already paid US$ 26 million in three installment payments but it is liable for another US$ 100 million in guarantees for the aircraft.

The government is an unsecured creditor behind other creditors, such as suppliers, which have absorbed costs maintaining the aircraft flight-ready and the crews current, the ANCAP national fuel company which PLUNA owed a lot of money to, and PLUNA passengers who hold tickets that they were not able to use due to the carrier's shutdown.

US$ 15 MILLION "FONDES" FUNDS HELD UP BY URUGUAYAN GOVERNMENT

With the Supreme Judicial Court ruling being imminent the Uruguayan government held up the handover of US$ 15 million "FONDES" (business development fund) funds that were slated for Alas Uruguay.  The government wanted to see the SJC ruling and its implications before granting the money.

The funds will reportedly be given to Alas Uruguay and the latest news is that the carrier might use them to lease three 737-300's in order to start service soon rather than absorb more delays while the situation with the CRJ-900's is sorted out.