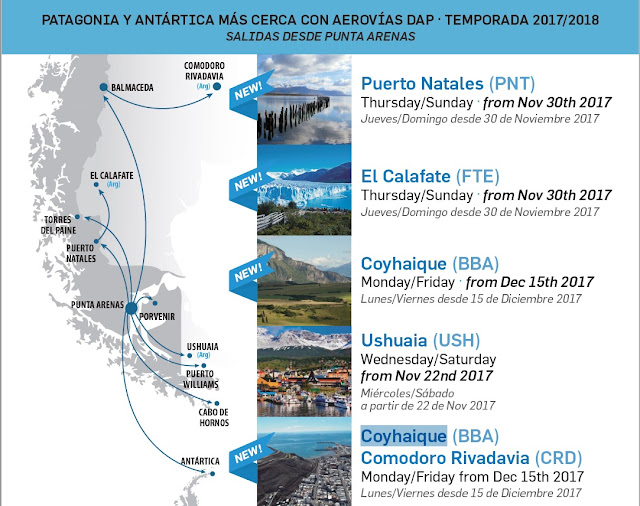 This Chilean airline, which is based in Punta Arenas (PUQ) in southern Patagonia on the Strait of Magellan, will fly three routes linking PUQ with points in Argentine Patagonia / Tierra del Fuego during the southern hemisphere 2017-18 summer season.