Three abandoned aircraft have sat forlornly for months on the southeast side of Buenos Aires Aeroparque (AEP) near the military sector commonly used for government VIP flights, including those of the Argentine president.

The 737-200 and Learjet profile photos below were taken on 08Oct17 and the Turbo Commander and Learjet nose photos were taken on 26Nov17, all by blog editor Phil Perry.  The aircraft were spotted still at this location on 31Mar18. 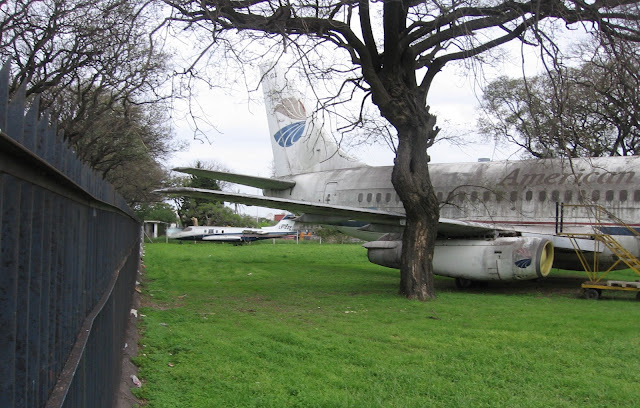 Former American Falcon 737-200, LV-WGX (c/n 21358/498), has been abandoned at Aeroparque for over a decade, at first on the west side of the airfield just north of the hangars there before the move to its present location on the southeast side.  (Phil Perry Photo)

LV-WGX was delivered to Gulf Air of Bahrain in 1977 where it flew until joining the Aerolineas Argentinas fleet in 1994.  It eventually joined the Argentine carrier American Falcon in 2000 where it flew until 2003 before being stored at Aeroparque in 2005 where it has been ever since. 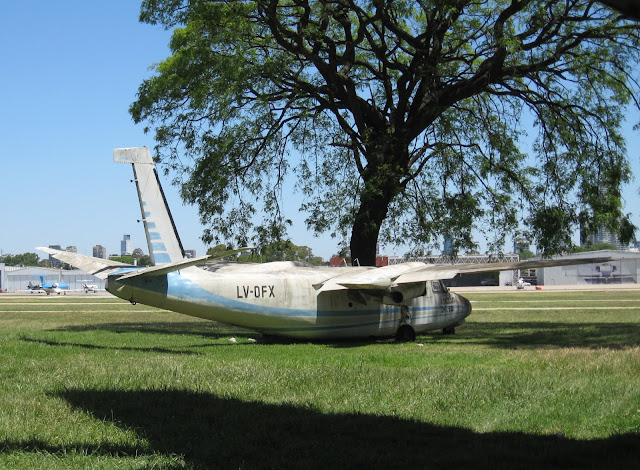 LV-OFX first flew over 50 years ago in 1967 and was delivered directly to the Argentine Army's "Aviacion de Ejercito" as AE-104 before assuming its present civilian identity LV-OFX in 1980 and flying for a trio of operators, including Air Amigos, Banco Juncal and Empesur S.A.  It was finally embargoed in 1995 and abandoned soon thereafter. 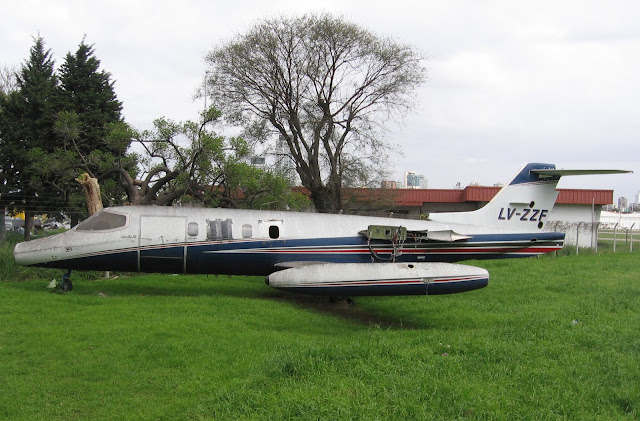 LV-ZZF first flew in 1976 and was delivered to Arab Wings of Jordan, going on to fly for several operators in the US and Canada before joining Baires Fly in Argentina in April 2003 with its present identity. 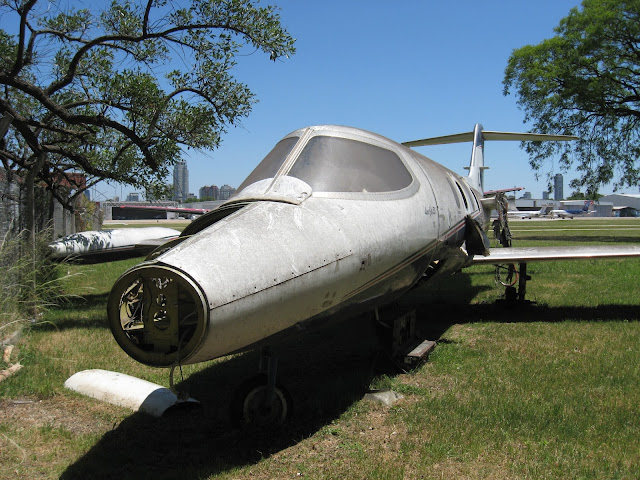 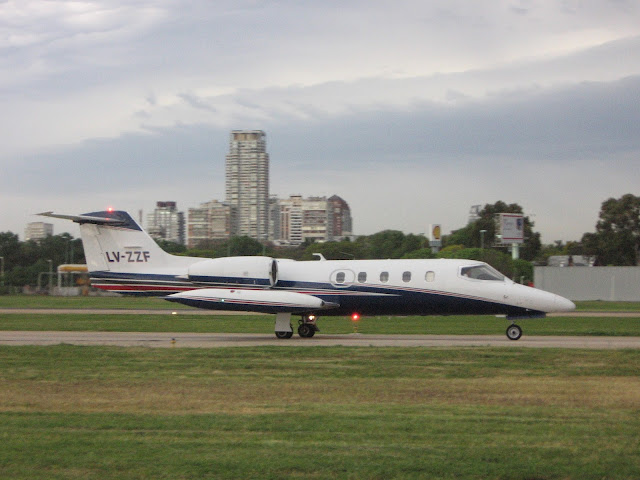 LV-ZZF when it was still operational flying for Baires Fly at Buenos Aires Aeroparque (AEP) on 29Oct10.  (Phil Perry Photo)