FLEET UPDATE: Aerolineas Argentinas returned to lessor one of the two 737-700's that was painted in special World Cup Scheme 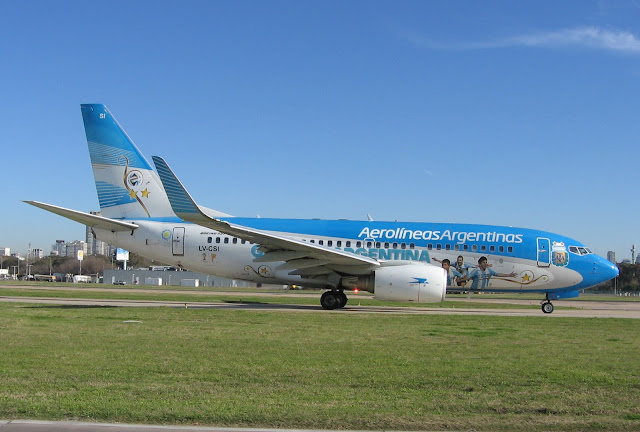 This aircraft departed Ezeiza on 09Nov16 on return to the lessor and will soon join the fleet of Southwest Airlines like numerous other ex-Aerolineas 737-700's. LV-CSI was originally delivered to Virgin Blue of Australia on 17Oct01 where it flew for ten years before transferring to Aerolineas on 25Nov11.

This is one of the two Aerolineas 737-700's that flew in the special 2014 World Cup scheme (the other being LV-CPH c/n 28238/817).  Prior to the games, the legend said "Vamos Argentina" (Let's Go Argentina) which was changed to "Gracias Argentina" (Thank you Argentina) after the tournament's conclusion.