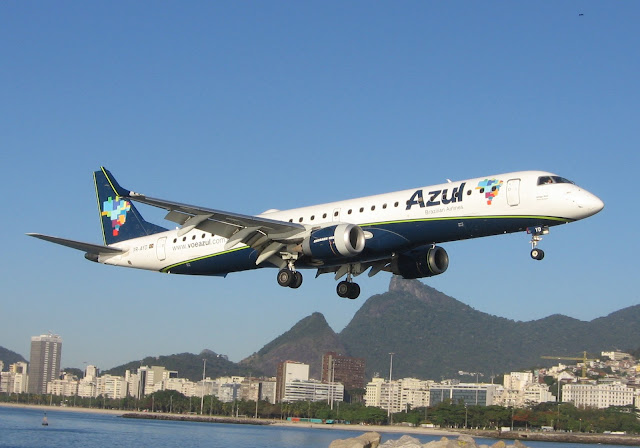 Azul Linhas Aereas of Brazil is planning to start a new Uruguayan subsidiary named Azul Uruguay in the second half of 2017.

The carrier would be registered as a Uruguayan company with Uruguayan employees and all of its flights originating or terminating in Uruguay.  Former PLUNA and Alas Uruguay staff would be the most likely to be hired.

One concern that the Azul management have, which would have to be addressed, is the long certification times that Alas Uruguay (18 months) and Amaszonas Uruguay (12 months) had to undergo before they were certified to operate by the DINACIA Uruguayan aviation authority.

One of the motivations for Azul to start the new subsidiary would be to generate more of the hard currency normally charged for international travel to offset the hard currency shortfall that the carrier currently has.  53% of Azul's costs in 2016 were in US dollars while only 10% of its revenues were in hard currencies with the other 90% being in Brazilian Reales which are more vulnerable to strong variations in exchange rates often resulting in higher costs for the carrier.
Sources: