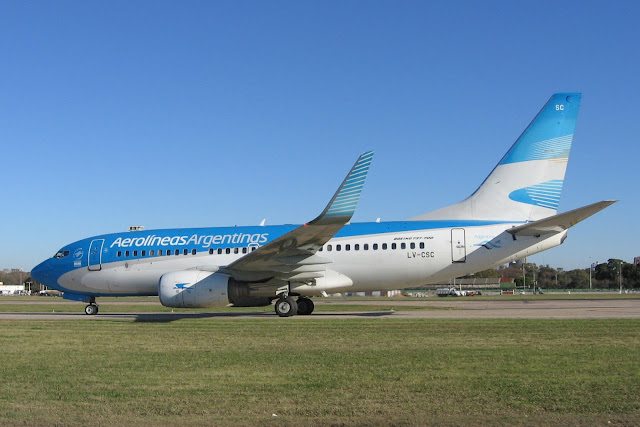 Aerolineas Argentinas' 737-700's continue to leave its fleet with all of them going to Southwest Airlines in the United States so far, according to airfleets.net.

The most recent -700 to finish flying with Aerolineas is LV-CSC (c/n 30630/1032) which flew its last commercial flight with the carrier on 25Dec16, Christmas Day.  After undergoing checks and preparations the aircraft flew to the United States on 08Feb17 to join Southwest.

LV-CSC was delivered to Virgin Blue Airlines on 17Dec01 flying with the carrier and its successor Virgin Australia until joining Aerolineas on 25Feb12.