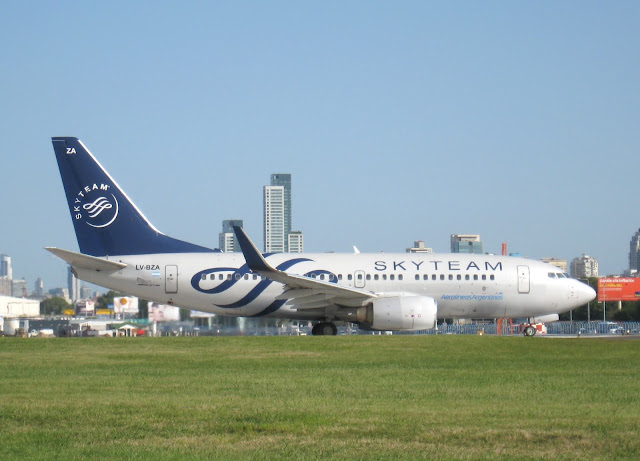 Aerolineas operated 192 of the flights out of EZE that week with 157 being domestic and 35 being international.

Domestic Destinations - By Most Number of Flights - Week of 07-13Dec

With Buenos Aires Aeroparque (AEP) out of use for a few months, Argentine domestic flights are being operated out of EZE.  Being the national flag carrier, Aerolineas Argentinas is naturally flying most of these:

* Cordoba (COR) - Argentina's second-largest city received the most flights from EZE with 19 departures from the airport during the week in question with most of the flights being operated by 737-800's complemented by a few E-190's and even one 737-700 (AR is operating four out eight 737-700's in its fleet, LV-BZA, LV-CAP, LV-BYY and LV-GOO with the others parked since March 2020).

Presumably more flights will be added during the course of 2021 until a full flight schedule has been resumed, although that might take a couple of years depending on the economic and pandemic situations.