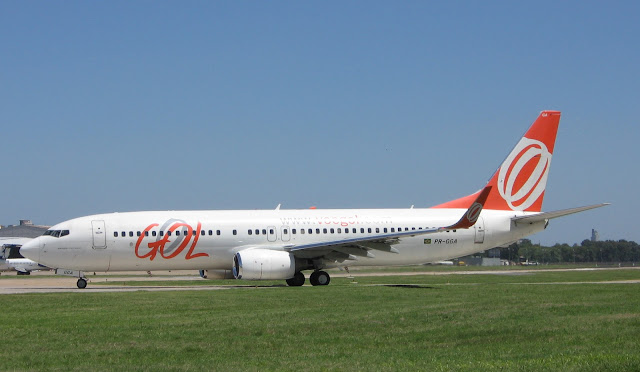 In the wake of PLUNA shutting down on July 6 resulting in the number of flight operations to/from Montevideo (MVD) dropping by about 50%, other airlines in the region are starting service or adding flights to the Uruguayan capital's airport.

Aerolineas Argentinas / Austral recently announced on their website that they will increase flights between Buenos Aires Aeroparque (AEP) and Montevideo (MVD) from 18 weekly services to 43, effective 01Aug12.  Since PLUNA's shutdown, the two airlines have mostly substituted larger equipment as a means of increasing capacity on the route, with relatively few additional flights.  They are also looking to add flights from AEP to Punta del Este (PDP), the Uruguayan resort, a route which was served mostly by PLUNA during the summer season and almost exclusively by the Uruguayan airline in the off-season.  Aerolineas / Austral will continue their existing seven weekly flights from Buenos Aires Ezeiza (EZE) to Montevideo (MVD).

Sol, the new airline of Paraguay that flies Fokker 100's from Asuncion (ASU) to Ciudad del Este (AGT) and Buenos Aires Ezeiza (EZE), has received authorization from the Paraguayan aviation authorities to start flights from ASU to MVD and is awaiting similar permission from Uruguay.

GOL of Brazil, after withdrawing from most international markets in recent years, has announced that it will once again increase its international presence with new flights from Sao Paulo Guarulhos (GRU) to Asuncion (ASU), Santa Cruz de la Sierra (VVI) in Bolivia and Montevideo (MVD).  It is also adding flights from Buenos Aires Ezeiza (EZE) to three Brazilian airports that PLUNA previously connected from Argentina through its MVD hub; Campinas (VCP), Curitiba (CWB) and Florianapolis (FLN).

Additionally, Flight Global reports that Aerolineas Argentinas has proposed to the Uruguayan government that it be allowed to fly some of the former PLUNA routes out of MVD, which were mostly to Brazil.