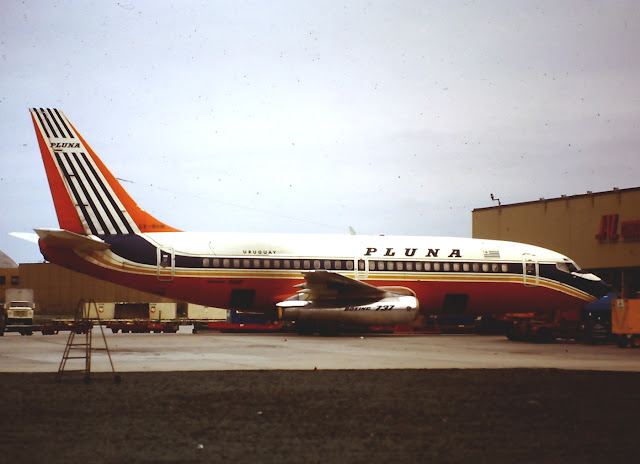 This aircraft has an interesting and varied history having been delivered by Boeing directly to PLUNA on 31Dec69 where it served on the "Air Bridge" linking Montevideo (MVD) and Buenos Aires Aeroparque (AEP) plus flights to Rio de Janeiro until it was repossessed by Boeing in 1974.  This was PLUNA's first jet aircraft and it remained so until the airline took delivery of two used 727-100's from Lufthansa in the late 1970's.  CX-BHM and one of PLUNA's Viscounts were the only planes in the airline's fleet to be painted in the carrier's colorful "orange-belly" scheme.

This 737-200 went on to serve 22 years with SAHSA of Honduras until 1996 when it was transferred to WestJet of Canada.  WestJet retired the plane in 2003 and it went on to Kingston University in the UK where its fuselage is used for aerospace instruction at the university's Faculty of Science, Engineering and Computing. 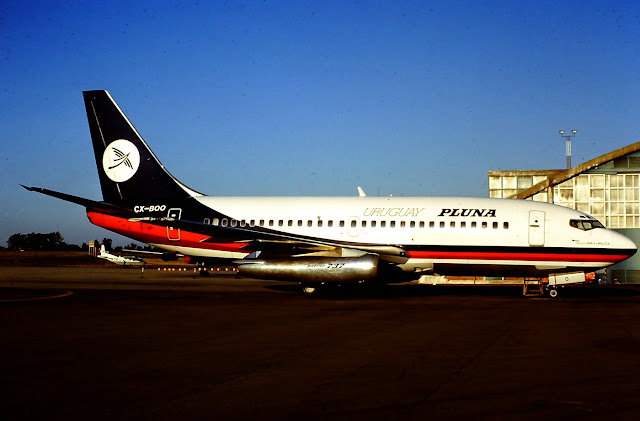 CX-BOO was one of three 737-200s delivered to PLUNA in 1982, the others being CX-BON and CX-BOP. The three aircraft replaced the two 727-100's, CX-BKA and CX-BKB, purchased from Lufthansa.  This aircraft served with PLUNA for 26 years until it was retired in 2008.  It was also leased to Transavia Holland and Britannia a few times.  Today the aircraft is in the hands of Global Air of Mexico. 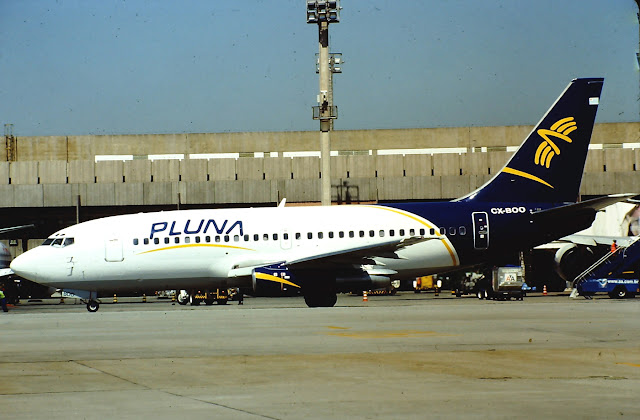 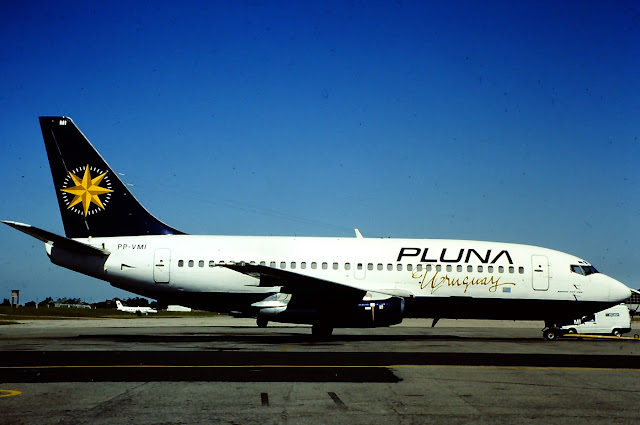 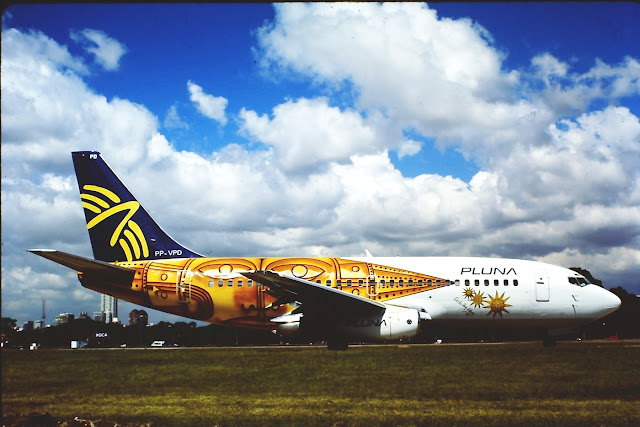 This aircraft was delivered to Far East Air Transport of Taiwan in 1978 and has since seen service with several carriers.  PLUNA operated it from 1998 - 2001 with Uruguayan artist Carlos Paez Vilaro painting it in the above special scheme, often, but mistakenly referred to as the "Aztec" scheme due to its similarity to Mexican art.  Today, msn 21518/522 flies for the Indonesian Air Force as A-7304.