Macair, the airline purchased by Avianca Argentina in 2016 to rapidly access the Argentine passenger airline market, operated six Jetstream 32 aircraft in its history.  As a side note, Avianca Argentina did not start flying regularly scheduled commercial service until November 2017, which would bring into question the reasons behind its purchase of Macair instead of starting its own operation. 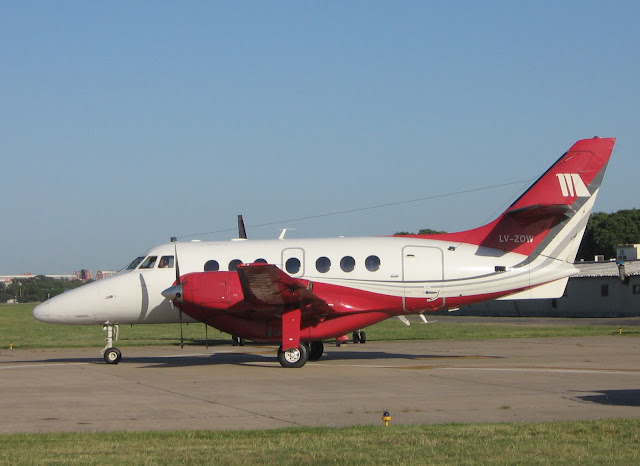 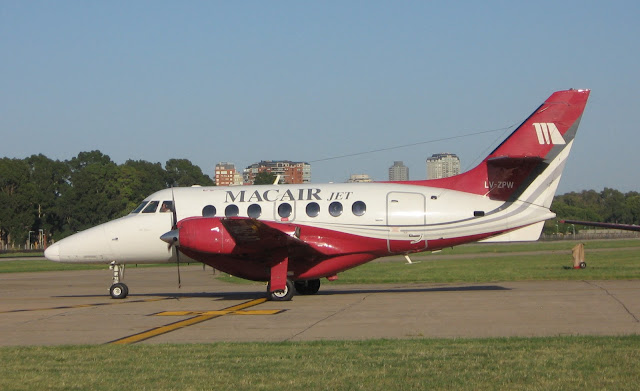 LV-ZPW (c/n 861).  As far as the editor of this blog knows, this was the only Macair Jetstream 32 to carry Macair Jet titles.  (Phil Perry Photo) 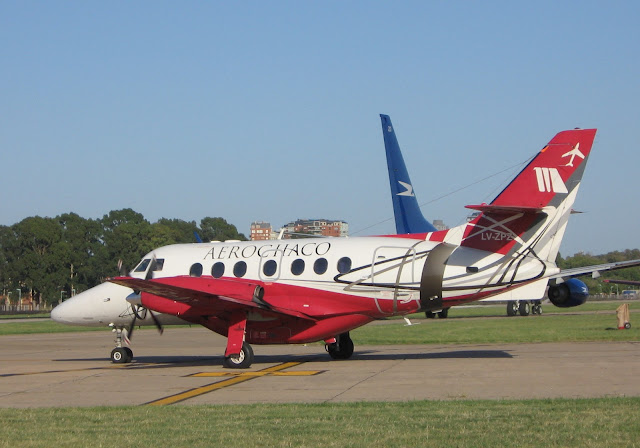 LV-ZPZ (c/n 931) wore Aerochaco titles reflecting Macair's wet-lease subservices on behalf of the carrier that represented the Argentina province of Chaco, mostly to its capital Resistencia.  These titles were eventually removed, however.  (Phil Perry Photo) 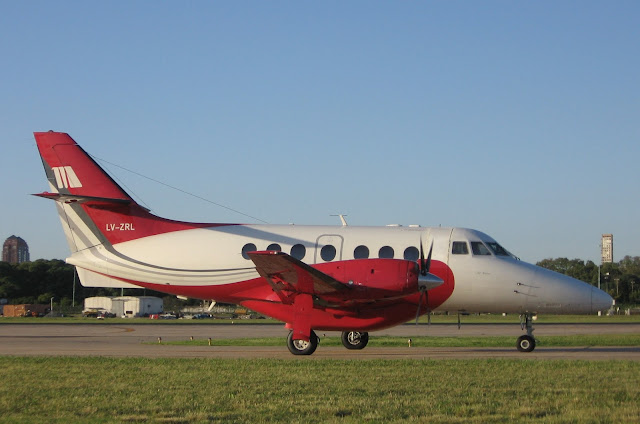 LV-ZRL (c/n 928) at Aeroparque with the early morning sun illuminating its fuselage from the rear.  (Phil Perry Photo) 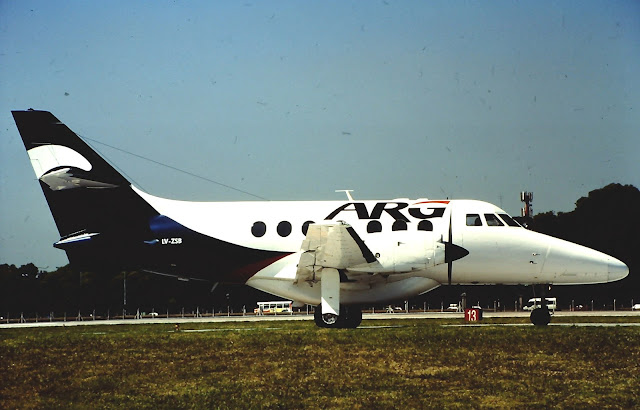 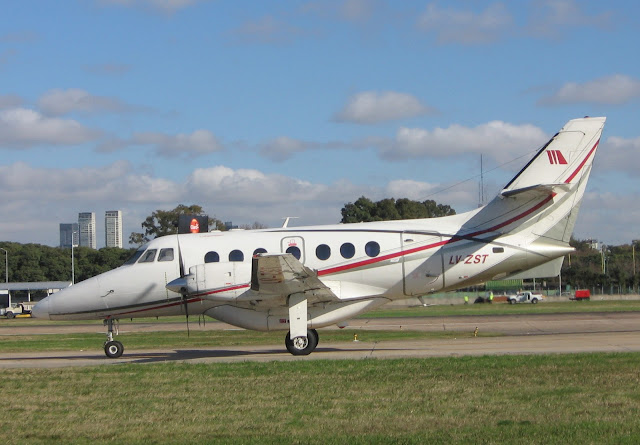 LV-ZST (c/n 941) taxis at Buenos Aires Aeroparque (AEP) on 11Jul17. This aircraft was in service with AeroVip / ARG Express on 20Jan03 when it struck ground equipment at Aeroparque, damaging its left propeller, fuselage and engine fairing.  The plane was apparently repaired and re-entered service with Aerovip in 2002.  (Phil Perry Photo)

LV-ZOW and LV-ZPW first flew in 1989 with LV-ZPZ, LV-ZRL, LV-ZSB and LV-ZST all having their first flight in 1991.  All six aircraft flew for American Eagle with some of them operating for other carriers in North America before going on to Argentina in 1999/2000 to fly for Aerovip under several brands, including Aerolineas Argentinas Express, LAPA Vip and ARG Express, finally joining Macair in 2006/2007/2008.

For a history and profile of Macair's operations, including subservices for Aerochaco and Lineas Aereas Entre Rios, please visit these previous postings in this blog: