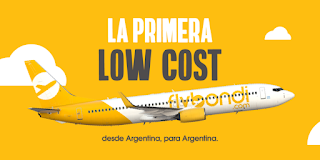 Flybondi reportedly intends to request international routes for start up later this year subject to the acquisition of additional aircraft and the approval of foreign governments.  However, the first step would be for the Argentine government to hold route hearings, which, if they happen, would reportedly likely take place as soon as June of this year.

Flybondi apparently would apply for 200 new routes to add to the 85 route approvals that it already has from previous route hearings, 12 of which the company is already operating with 4-5 more due to be added in June/July and more in the coming months / years.  Airlines normally request many more routes than they intend to operate, mainly to maximize the number of options available to themselves when making expansion plans.